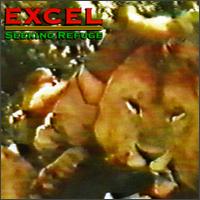 "Seeking Refuge" is the third and final album by Excel. It was released in 1995 and is the follow-up to their critically acclaimed album "" (1989).

Some of the material on this album was originally demoed/recorded as early as 1991 while Excel began writing "The Joke's on You"'s follow-up. Due to members being involved in their own activities at the time, "Seeking Refuge" was set aside for a number of years before finally being completed in 1995.

"Seeking Refuge" is also the only Excel album not recorded with their "classic" line-up.

Like many Excel albums, the recording is out of print.