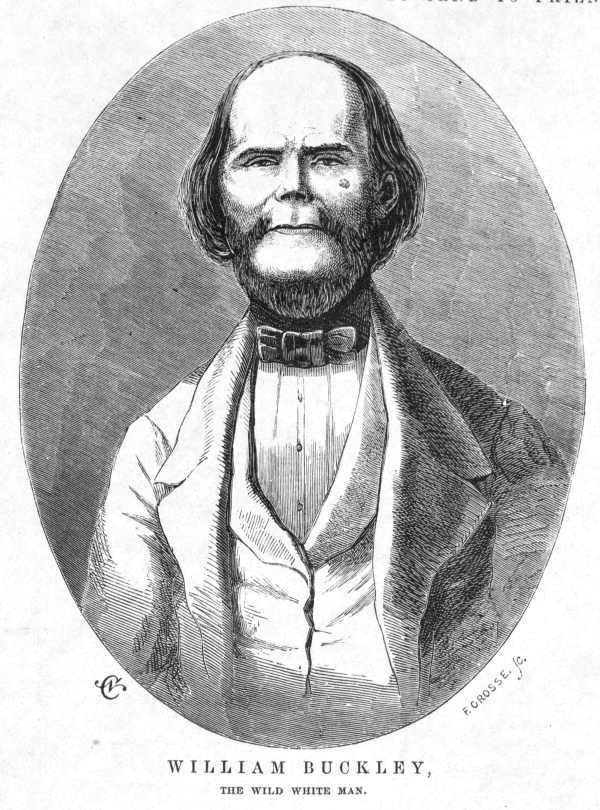 Buckley's improbable survival is believed by many Australians to be the source of the vernacular phrase "Buckley's chance" (or simply "Buckley's"), which means "no chance", or "it's as good as impossible". The "" supports this theory, although it also suggests that the expression was influenced by the name of a business, . ["The Macquarie Dictionary", Fourth Edition (2005), p.192.] However, the ANU Australian National Dictionary Centre tends to support the second theory. [ [http://www.anu.edu.au/andc/ozwords/Oct%202000/Buckley%27s.html Frederick Ludowyk, Australian National Dictionary Centre, "Ozwords" October 2000] ]

Buckley was born in , , to Eliza Buckley, and brought up by his mother's parents in .

Buckley became an apprentice bricklayer. Not suited to this, he became a foot soldier in the King's Foot Regiment, but was soon transferred to the King's Own Regiment. In 1799, he went to the to fight against , under the command of the . Later, while in London, he was convicted of stealing cloth, which he maintained he was carrying for a woman and didn't know was stolen. He was subsequently sentenced to transportation to for 14 years.

Descriptions of the adult Buckley vary. According to George Russell who met him near the in 1836, Buckley stood 6' 4" tall, but numerous other heights are reported, ranging from 6' 3" to 6' 7". According to Russell, Buckley "was a tall, ungainly man...and altogether his looks were not in his favour; he had a shaggy head of black hair, a low forehead with overhanging eyebrows nearly concealing his small eyes, a short snub nose, a face very much marked by smallpox, and was just such a man as one would suppose fit to commit burglary or murder".

This general description was echoed by other reports of the day, although not always as flattering: his mental condition often also coming into disrepute.

Buckley left England in April 1803, aboard HMS "Calcutta", a ship that was destined to be one of two sent to to form a new settlement under David Collins. They arrived in October 1803, and anchored off the south-eastern side of the bay, near modern day Sorrento. The new settlement, called Sullivan Bay, subject to drought and poor soils, soon ran into problems and was abandoned after five months.

On at 9pm, Buckley and five other convicts cut loose a boat and made their escape. Making their way around the bay, and in the vicinity of present day , the party split up. His companions went north-east, hoping to reach , which they thought couldn't be far, although it was 800 km. Buckley, tired and dehydrated, continued alone around the bay.

Life with the Wautharong tribe

During the next two months, Buckley encountered a number of Aboriginal families. Each time they treated him well, teaching him how to fish, collect local food and understand their language. For a while Buckley lived in a primitive hut at "Managwhawz" (modern day Fact|date=September 2008) eating shellfish, fish, sugar ants and wild raspberries. Week after week, he moved on around the bay, eventually reaching its far western end and the vicinity of present day Geelong. Here, two women befriended him and invited him back to their camp. Hesitantly he followed them, but as luck would have it he had been mistaken for the returned spirit of a former chief, and was promptly adopted by the tribe and treated accordingly. For the next thirty-two years, he continued to live the part among the tribe on the .

Eventually, Buckley forgot his birth language, and although he managed to obtain knives, hatchets and similar objects from shipwrecks, or by stealth from the occasional ship at anchor, he was quite at home living life as a "spirit". He became expert with Aboriginal weapons&mdash;though despite this, as a revered spirit he was banned from partaking in the many tribal wars&mdash;and wore kangaroo skins for clothes. He had at least two Aboriginal wives, but no children by them. One of these is said to have been killed by the tribe for preferring a man of her own kind; but it is also reported that Buckley said he gave her up in order to prevent unrest among the men; preferring to stay alive and to "return to the simple life".

On William Buckley appeared at the camp site of 's with a party of aboriginals who had told him about the sighting of a ship at Indented Head. Wearing kangaroo skins and carrying Aboriginal weapons, he walked into the camp. The three European men at the camp were William Todd, and Alexander Thomson who had been left behind to maintain a base whilst Batman had returned to Launceston. They fed him and treated him with kindness. Buckley showed them the letters "W.B." tattooed on his arm. Fearful of being shot, he told them he was a shipwrecked soldier, but a few days later he revealed his identity, to the amazement of everybody present. In September the same year, he was granted a pardon by Arthur, in .

In 1836, Buckley was given the position of Interpreter to the natives, and as a guide for Captain , among others, his knowledge of the Aboriginal language was put to good use.

On 4 February, William Buckley accompanied and his party, which included William Roberston, one of the financiers of the , on a trip west from Melbourne, heading toward Geelong, where they met with a group of Aboriginal people with whom Buckley had lived. From Gellibrand's diary ( [ [http://www.museum.vic.gov.au/encounters/Journeys/Gellibrand/Buckley.htm Museum Victoria [ed-online Encounters ] ] and [ [http://books.google.com.au/books?hl=en&id=AM4NAAAAQAAJ&dq=%22The+Life+and+Adventures+of+William+Buckley%22+%22John+Morgan%22&printsec=frontcover&source=web&ots=ZFM54nNZvL&sig=CqZcXgjLZm-6tkOWF4RrgKJcMtg&sa=X&oi=book_result&resnum=1&ct=result#PPR4,M1] ] ):

'February 5th, 1836: I directed Buckley to advance and we would follow him at a distance of a quarter of a mile. Buckley made towards a native well and after he had rode about 8 miles, we heard a cooey and when we arrived at the spot I witnessed one of the most pleasing and affecting sights. There were three men five women and about twelve children. Buckley had dismounted and they were all clinging around him and tears of joy and delight running down their cheeks...It was truly an affecting sight and proved the affection which these people entertained for Buckley… amongst the number were a little old man and an old woman one of his wives. Buckley told me this was his old friend and with whom he had lived and associated thirty years.'

When Major Mitchell came through the Gundagai area when he was returning north at the end of his 1836 "" expedition, he recorded meeting William Buckley on , being just south of Gundagai adjacent to the Wantabadgery area. William Buckley was making bread and Mitchell noted his huge size. Mitchell crossed the Murrumbidgee near where William Buckley was cooking. [ [http://www.gutenberg.org/etext/13033 "Three Expeditions into the Interior of Eastern Australia", Volume 2] ] By late 1837, Buckley had become disenchanted with his new way of life&mdash;and the people around him&mdash;and left for Van Diemen's Land. He remained there for the next nineteen years, until his death in 1856; taking on a number of jobs, including gatekeeper at the Female Factory, and for a short period at the Immigrant's Home at Hobart.

He married Julia Higgins, a.k.a. Julia Egans or Egars, on , a woman who is said to have been as short as he was tall - so much so that when out walking she was too short to even reach his arm. To remedy this problem he would tie two corners of his handkerchief together, and after fastening this to his arm, she would put her arm through the loop. Julia was the widow of Daniel Higgins who allegedly had been murdered by Aboriginals whilst enroute overland from Sydney to Port Phillip in 1839. They were free Irish immigrants. Julia had one daughter, Mary Ann, from her first marriage and whom Buckley later "claimed" as his. Buckley met Julia when she was living at the Immigrant's home with her daughter following the death of Daniel. He "tendered" himself to her and was married shortly after in Newtown in an Episcopalian ceremony.

Buckley was always reluctant to reveal much about his thirty-two years with the Aborigines, but in later life he dictated a few stories to for inclusion in his adventure books. Because of Buckley's reported relative lack of intelligible speech in English,Fact|date=December 2007 which was to continue until the end of his life, these stories have often been referred Fact|date=December 2007 to as more the product of Morgan's fertile imagination than a true representation of the Buckley adventures.