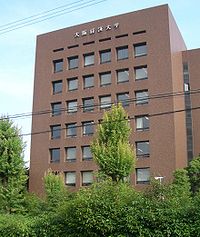 In 1949, under Japan's new educational systems, Osaka College of Economics was developed into four-year Osaka University of Economics.

At first OUE had one faculty: Faculty of Economics. OUE added faculties as follows: