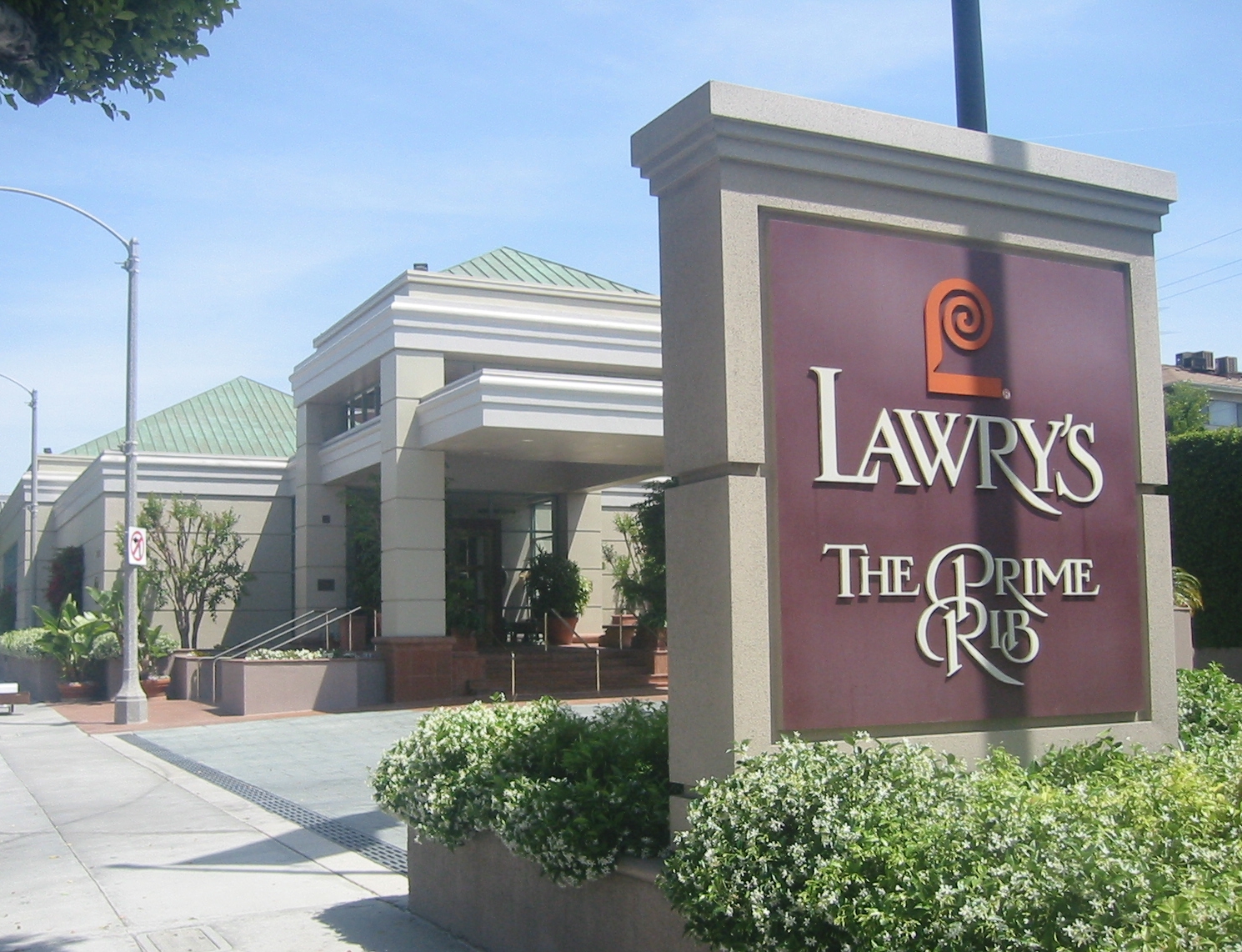 Lawry's The Prime Rib "(pronounced L-ow-rees or Lau-rees)" is a high-end, gourmet restaurant on Restaurant Row on in . Founded by and , it opened in and for many years was unique among restaurants in having but a single (Or 'main course') on its menu, . It now serves a few additional entrées, but is still generally considered to be a roast beef restaurant. A menu from Lawry's claims that it was also "the first to feature a green salad as an integral part of every meal." The roast beef at the restaurant is served from a large silver cart pushed from table to table, where the meat is then carved to order.

In 1938 Lawry's began marketing its in retail stores. This was the beginning of a food products empire that now sells many kinds of seasonings and flavorings under the Lawry's name. These products are now owned by .

In Lawry's moved from its original location on La Cienega to the other side of the street and a few blocks further south, to a larger, windowless, strikingly modernistic building designed by . In it moved back to a new building on the original site.

In 1956, just prior to the playing of the between the Oregon State Beavers and the Iowa Hawkeyes, Lawry's entertained the two competing teams. This started an annual tradition of hosting both Rose Bowl-bound teams for a prime rib dinner. By the early 1960s, the event had become known as the "Lawry's Beef Bowl." A book chronicling the last 50 years of the Rose Bowl Game and the first 50 years of the Beef Bowl, "Road to the Rose Bowl", was published in 2005. Featuring a foreword by broadcaster , it has more than 450 photos and recollections from both Rose Bowl players and coaches of the past 50 years.

A similar restaurant in San Francisco, on , is sometimes erroneously claimed to have predated Lawry's. The House of Prime Rib, however, did not open until . [ [http://houseofprimerib.citysearch.com/page/o2op/Home_Page.html House of Prime Rib ] ]

Singer mentions the restaurant in his song .