Antonio Stradivari examining an instrument in an ancient print. 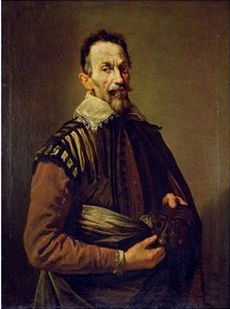 Portrait of Claudio Monteverdi in Venice, 1640, by Domenico Fetti.

Besides Milan, the region of Lombardy has 10 other provinces, each named for the largest city and capital of the respective province: Bergamo, Brescia, Como, Cremona, Lecco, Lodi, Mantova, Pavia, Sondrio, and Varese. Musically, they offer: