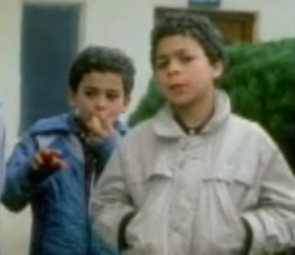 Abdurahman Khadr (b. 1982) is the third child of the Canadian , and was held in in the s, in , after being detained in under suspicion of connections to . He later claimed to have been an informant for the .

Abdurahman Khadr is listed as Abdul Khadr on the Department of Defense's official list of Guantanamo detainees. His younger brother , captured separately, during a firefight, remains in Guantanamo. He and his family were profiled in the documentary .

Abdurahman Khadr was born in Bahrain, the son of , an Egyptian immigrant to Canada. [ [http://www.cbc.ca/news/background/khadr/ CBC: The Khadrs] , "CBC", March 4, 2004] His father visited Pakistan after the Soviet invasion of Afghanistan in the early 1980s, and brought his family to Pakistan in 1985.

In his youth, Khadr was known as the "problem child" in the family, frequently running away and getting in trouble, refusing to follow any rules.

While the family was living in with 's family in 1998, Abdurahman became close friends with who was close to his age, and the only child in the group to have his own horse,

The following year, Abdurahman says he was sent to Jihad Wel al-Farouq for seven days.

In November 2001, he was captured by the in and handed over to American authorities. [Krauss, Clifford. , [http://query.nytimes.com/gst/fullpage.html?res=9F0DE2D71E31F937A2575AC0A9649C8B63 Canadian Teenager Held by U.S. in Afghanistan in Killing of American Medic] , September 14 2002] He later claimed to have been captured several other times, and released each time.

The CIA reportedly offered him a contract in March 2003 and asked him to work as an infiltrator for American intelligence in Guantanamo, being paid $5,000 and a monthly stipend of $3000. [, [http://query.nytimes.com/gst/fullpage.html?res=9C04E0DC1239F932A15755C0A9629C8B63&scp=15&sq=khadr&st=nyt Guantánamo Memories, From Outside the Wire] , June 21, 2004] While in Cuba, Khadr worked to obtain information from his fellow inmates before spending five additional months at the prison, where he claims to have been given training as an undercover CIA operative.

Although the United States later said that Khadr had been removed from the camp in July 2003, an October 9 memo summarizing a meeting between General Geoffrey Miller and his staff and of the , acknowledged that camp authorities were not permitting the ICRC to have access to Khadr, and three other detainees, due to "military necessity".

He says he was later given a bogus and boarded a jet assigned to CIA Director and, after a stop-over in Portugal, landed in Bosnia where he was asked to conduct a spy operation at s in Sarajevo.

On December 4, 2003 Khadr held a press conference with lawyer and gave spurious answers to questions about his role in the War on Terror, not mentioning any alleged cooperation with the CIA. [ [http://www.cbc.ca/news/viewpoint/vp_baksh/20031204.html Abdurahman Khadr: mischief or terror?] , "CBC", December 4, 2003]

In March, 2004, Khadr gave a series of three interviews to , which became the focus of a documentary entitled , after largely passing a , where he claimed that he grew up in "an al-Qaida family", and that he resented his father for associating with militants.

He has given a number of conflicting accounts of his life, many of which contradict each other. For example he has claimed that he was as young as 9 when he began attending s, and that he remained in them until as late as 2003, years after he'd not only been kicked out of the camps, but was imprisoned by the United States. He has repeatedly made comments suggesting that everything up until his most recent story was a lie.

In July 2004, Khadr was denied a Canadian passport by Governor General , on the explicit advice of Foreign Affairs Minister Bill Graham, by invoking the "". Graham claimed the decision was "in the interest of the national security of Canada and the protection of Canadian troops in Afghanistan." National security was not listed as a ground of refusal in the Canadian Passport Order at the time, thus requiring the use of royal prerogative. It was, however, added as a ground shortly thereafter on September 22, 2004 [ [http://www.passport.gc.ca/publications/pdfs/order_04_113.pdf "Order Amending the Canadian Passport Order"] ] . Under the terms of the amendment, the Minister was empowered to revoke or refuse to renew or issue a passport on national security grounds.

Khadr sought of the Minister's decision [ [http://www.ctv.ca/servlet/ArticleNews/story/CTVNews/20051205/khadr_passport_051205/20051205?hub=Canada CTV.ca | Khadr lawyer says passport denial violates rights ] ] . On June 8, 2006, the Federal Court ruled that the Minister did not have the power to deny Khadr's passport in the absence of specific authority set out in the Canadian Passport Order, but stated in "" that if the Order were to be amended (as it had been after the fact), Khadr would likely not be able to challenge the revocation [ [http://decisions.fct-cf.gc.ca/en/2006/2006fc727/2006fc727.html "Khadr v. Attorney General of Canada] "] .

On August 30, 2006, the Minister of Foreign Affairs, then , with the support of Prime Minister , again denied Khadr's application, this time on the basis of the now-amended Canadian Passport Order