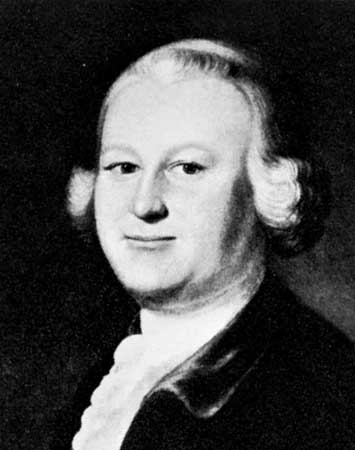 James Otis, Jr. (February 5, 1725 &ndash; May 23, 1783) was a lawyer in colonial Massachusetts who was an early advocate of the political views that led to the . The phrase " is Tyranny" is usually attributed to him.

He was born in , to James Otis, Sr. and Mary Allyne, the second of thirteen children and the first to survive infancy. His younger sister , his brother Joseph Otis, and his youngest brother also rose to prominence, as did his nephew Harrison Gray Otis.

Speaking of James Otis, said, "I have been young and now I am old, and I solemnly say I have never known a man whose love of country was more ardent or sincere, never one who suffered so much, never one whose service for any 10 years of his life were so important and essential to the cause of his country as those of Mr. Otis from 1760 to 1770." Perhaps not a single person more epitomized the complexities and contradictions of the pre-Revolutionary War period in Boston.

Otis graduated from Harvard in 1743 and rose meteorically to the top of the Boston legal profession. In 1760, he received a prestigious appointment as Advocate General of the Admiralty Court. He promptly resigned, however, when expected to argue in favor of the "." These writs would enable British authorities to enter any colonist's home with no advance notice, no probable cause and no reason given. In a dramatic turnabout following his resignation, Otis instead represented the colonial merchants who were challenging the legality of the writs before the Superior Court, the predecessor of the Massachusetts Supreme Judicial Court.

According to Adams, "Otis was a flame of fire; with a promptitude of classical allusions, a depth of research, a rapid summary of historical events and dates, a profusion of legal authorities."

James Otis considered himself a loyal British subject. Yet in February 1761, he argued so brilliantly against the writs of assistance in a nearly five-hour oration before a packed audience in the that John Adams later claimed: "The child independence was then and there born, [for] every man of an immense crowded audience appeared to me to go away as I did, ready to take arms against writs of assistance."

Otis did not identify himself as a revolutionary; his peers, too, generally viewed him as more cautious than the incendiary . Otis at times counseled against the mob violence of the radicals and argued against Adams' proposal for a convention of all the colonies resembling that of the British of 1688. Yet on other occasions Otis exceeded Adams in rousing passions and exhorting people to action. According to some accounts, at a town meeting on September 12, 1768, Otis even called his compatriots to arms.

Originally politically based in the rural Popular Party, Otis effectively made alliances with Boston merchants so that he instantly became a patriot star after the . He was elected by an overwhelming margin to the House of Representatives a month later. Otis subsequently wrote several important patriotic pamphlets, served in the Massachusetts legislature and was a leader of the . He also was friends with , the author of .

Otis suffered from increasingly erratic behavior as the 1760s progressed. Otis received a gash on the head by British tax collector John Robinson's cudgel at the British Coffee House in 1769. Some mistakenly attribute Otis's mental illness to this event. That it was completely unrelated is shown by Wroth and Zobel (see below). John Adams has several examples in his diary of Otis's mental illness well before 1769. By the end of the decade, Otis's public life largely came to an end. Some believe Otis was a manic-depressive or schizophrenic and that his illness could be successfully treated today. Otis was able to do occasional legal practice during times of clarity.

In many ways, Otis went beyond the traditional mentality of the pre-Revolutionary War era. For example, Otis favored extending the basic natural law freedoms of life, liberty and property to , a position with few adherents among the leaders of the Revolution.

Otis died suddenly in May 1783 at the age of 58 when, as he stood in the doorway of a friend's Andover house, he was struck by . He is reported to have said to his sister, , "My dear sister, I hope, when God Almighty in his righteous providence shall take me out of time into eternity that it will be by a flash of lightning."

According to , the dean of revolutionary war historians, the best description of Otis is found in

* Wroth and Zobel, eds, Legal Papers of Adams II, (1965) Vol. II, No. 41, Petition of Lechmere, pp. 106 - 147. It may seem surprising that the best analysis of Otis is in the Legal Papers of John Adams (no reference to Otis in the title). Wroth and Zobel’s forty page editorial commentary is more accurate and detailed than most of the Otis literature.

Perhaps the two most valuable essays on Otis after Wroth and Zobel are:

There are two biographies of Otis which, although hagiographic and filled with inaccuracies, are a must read for any Otis scholar.

Unfortunately much of the Otis literature is rife with inaccuracies.

* Full text of " [http://www.gutenberg.net/etext/722 James Otis, the pre-revolutionist] " by John Clark Ridpath, from