The Messerschmitt Bf 110, often (erroneously) called Me 110,[2] was a twin-engine heavy fighter (Zerstörer - German for "Destroyer") in the service of the Luftwaffe during World War II. Hermann Göring was a proponent of the Bf 110, and nicknamed it his Eisenseiten ("Ironsides").[3] Development work on an improved type to replace the Bf 110, the Messerschmitt Me 210 began before the war started, but its teething troubles resulted in the Bf 110 soldiering on until the end of the war in various roles, alongside its replacements, the Me 210 and the Me 410.

The Bf 110 served with success in the early campaigns, the Polish, Norwegian and Battle of France. The Bf 110's lack of agility in the air was its primary weakness. This flaw was exposed during the Battle of Britain, when some Bf 110-equipped units were withdrawn from the battle after very heavy losses and redeployed as night fighters, a role to which the aircraft was well suited. The Bf 110 enjoyed a successful period following the Battle of Britain as an air superiority fighter and strike aircraft in other theatres. During the Balkans Campaign, North African Campaign and on the Eastern Front, it rendered valuable ground support to the German Army as a potent fighter-bomber (Jagdbomber or Jabo). Later in the war, it was developed into a formidable night fighter, becoming the major night-fighting aircraft of the Luftwaffe. Most of the German night fighter aces flew the Bf 110 at some point during their combat careers, and the top night fighter ace of all time, Major Heinz-Wolfgang Schnaufer, flew it exclusively and claimed 121 victories in 164 combat missions.[4]

Throughout the 1930s, the air forces of the major military powers were engaged in a transition from biplane to monoplane designs. Most concentrated on the single-engine fighter aircraft. But the problem of range arose. The Reichsluftfahrtministerium (RLM), pushed by Hermann Göring, issued a request for a new multipurpose fighter called the Kampfzerstörer (battle destroyer) with long range and an internal bomb bay. The request called for a twin-engine, three-seat, all-metal monoplane that was armed with cannon as well as a bomb bay. Only Bayerische Flugzeugwerke (Messerschmitt), Focke-Wulf and Henschel responded of the original seven companies.[5]

Messerschmitt defeated Focke-Wulf, Henschel and Arado, and was given the funds to build several prototype aircraft. The Focke-Wulf design, the Focke-Wulf Fw 57, had a wing span of some 25.6 m (84 ft) and was powered by two DB 600 engines. It was armed with two 20 mm MG FF cannons in the nose and a third was positioned in a dorsal turret. The Fw 57 V1 flew in 1936 but its performance was poor and the machine crashed.[6] The Henschel Hs 124 was similar in construction layout to the Fw 57.[6] Equipped with two Jumo 210C for the V1. The V2 utilized the BMW 132Dc radial engines generating 870 PS compared with the 640 PS Jumo. The armaments consisted of a single rearward-firing 7.92 mm (.312 in) MG 15 machine gun and a single forward-firing 20 mm MG FF cannon.[6]

Messerschmitt omitted the internal bomb load requirement from the RLM directive to increase the armament element of the RLM specification. The Bf 110 was far superior to its rivals in providing the speed, range and firepower to meet its role requirements.[7] By the end of 1935, the Bf 110 had evolved into an all-metal, low-wing cantilever monoplane of semi-monocoque design featuring twin rudders and powered by two DB 600A engines. The design was also fitted with Handley-Page wing slots.[7]

By luck (and pressure by Ernst Udet), RLM reconsidered the ideas of the Kampfzerstörer and began focussing on the Zerstörer. Due to these changes, the Bayerische Flugzeugwerke design better fitted RLM's requests. On 12 May 1936, Rudolf Opitz flew the first Bf 110 out of Augsburg.[8] But, as many pre-war designs found, the engine technologies promised were not up to acceptable reliability standards. Even with the temperamental DB 600 engines, the RLM found the Bf 110, while not as maneuverable as desired, was quite a bit faster than its original request specified, as well as faster than the then-current front line fighter, the Bf 109 B-1. Thus the order for four pre-production A-0 units was placed. The first of these were delivered on January 1937. During this testing, both the Focke-Wulf Fw 187 and Henschel Hs 124 competitors were rejected and the Bf 110 was ordered into full production.

The initial deliveries of the Bf 110 encountered several issues with delivery of the DB 600 motors, which forced Bayerische Flugzeugwerke to install Junkers Jumo 210B engines, leaving the Bf 110 seriously underpowered and able to reach a top speed of only 431 km/h (268 mph). The armament of the A-0 units was also limited to four nose-mounted 7.92 mm (.312 in) MG 17 machine guns.

Even without delivery of the DB 600 engines, Bayerische Flugzeugwerke began assembly of the Bf 110 in the summer of 1937. As the DB 600 engines continued to have issues, Bayerische Flugzeugwerke was forced to keep on using Jumo motors, the 210G, which supplied 515 kW (700 PS) each (versus the 471 kW/640 PS supplied by the 210B). Three distinct versions of the Bf 110B were built, the B-1, which featured four 7.92 mm (.312 in) MG 17 machine guns and two 20 mm MG FF cannons. The B-2 reconnaissance version, which had a camera in place of the cannons, and the B-3 which was used as a trainer, with the cannons replaced by extra radio equipment. Only 45 Bf 110Bs were built before the Jumo 210G engine production line ended. The major identifier of the A and B 110s was the very large "mouth" bath radiators located under the engine.

In late 1938, the DB 601 B-1 engines finally became available. With the new engine, the design teams removed the radiators under the engine and replaced them with water/glycol radiators, placing them under the wing to the outside of the engines. With the DB 601 engine, the Bf 110's maximum speed increased to a respectable 541 km/h (336 mph) with a range of approximately 1,094 km (680 mi).

The production of the Bf 110 was put on a low priority in 1941 in expectation of its replacement by the Me 210. During this time, two versions of the Bf 110 were developed, the E and F models. The E was designed as a fighter bomber (Zerstörer Jabo), able to carry four 50 kg (110 lb) ETC-50 racks under the wing, along with the centerline bomb rack. The first E, the Bf 110 E-1 was originally powered by the DB 601B engine, but shifted to the DB 601P as they became available in quantity. A total of 856 Bf 110E models were built between August 1940 and January 1942.[9] The E models also had upgraded armour and some fuselage upgrades to support the added weight. Most pilots of the Bf 110E considered the aircraft slow and unresponsive, one former Bf 110 pilot commenting the E was "rigged and a total dog."

The Bf 110F featured the new DB 601F engines which produced 993 kW/1,350 PS (almost double the power the original Jumo engines provided), which allowed for upgraded armour, strengthening, and increased weight with no loss in performance. Three common versions of the F model existed. Pilots typically felt the Bf 110F to be the best of the 110 line, being fully aerobatic and in some respects smoother to fly than the Bf 109, though not as fast. Eventually 512 Bf 110F models were completed between December 1941 and December 1942, when production gave way to the Bf 110G.[9]

The Bf 110's main strength was its ability to accept unusually powerful air-to-air weaponry. Early versions had four 7.92 mm (.312 in) MG 17 machine guns in the upper nose and two 20 mm MG FF/M cannons fitted in the lower part of the nose. Later versions replaced the MG FF/M with the more powerful 20 mm MG 151/20 cannons and many G-series aircraft, especially those who served in the bomber-destroyer role, had two 30 mm (1.18 in) MK 108 cannons fitted instead of the MG 17. The defensive armament consisted of a single, flexibly-mounted 7.92 mm (.312 in) MG 15 machine gun. Late F-series and prototype G-series were upgraded to a 7.92 mm (.312 in) MG 81 machine gun with a higher rate of fire and the G-series was equipped with the twin-barrelled MG 81Z. Many G-series night fighters were retrofitted or factory-built with the Schräge Musik off-bore gun system, firing upward at an oblique angle for shooting down bombers while passing underneath, frequently equipped with two 20 mm MG FF/M, but field installations of the 20 mm MG 151/20 or 30 mm (1.18 in) MK 108 cannons were also utilized. The Schräge Musik weapons were typically mounted to the back of the rear cockpit.

The Bf 110 G-2/R1 was also capable of accepting armament such as the Bordkanone series 37 mm (1.46 in) BK 37 cannon. A single hit from this weapon was enough to destroy any Allied bomber.

Bf 110 A
Prototypes with two Junkers Jumo 210 engines.
Bf 110 A-0
The designation of the first four pre-production aircraft. 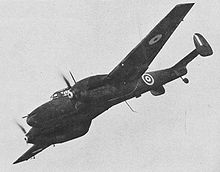 The final version, similar to the G, prototype/design stage only, cancelled. 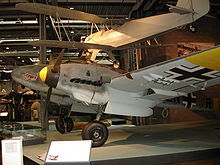 Bf 110 is on display in the Deutsches Technikmuseum Berlin

Three intact Bf 110s are known to exist, although one of them is rebuilt from rescued parts from several different airframes. One, a Bf 110 G-4 night fighter that had been surrendered to the allies in May 1945 at Grove airfield in Denmark, is displayed at RAF Museum London at Hendon in North London, United Kingdom. Another Bf 110 is on display in the Deutsches Technikmuseum Berlin. A third is displayed in a private museum northwest of Helsingoer, Denmark.

A replica of a crashed Bf 110 fuselage built as a prop for Monarch of the Glen is on display in the lower station of the Cairngorm Mountain Railway, Scotland. 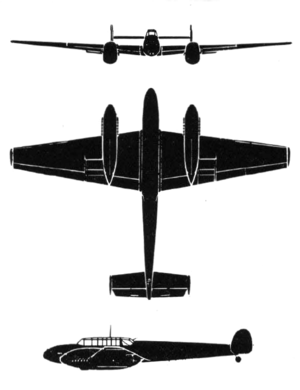