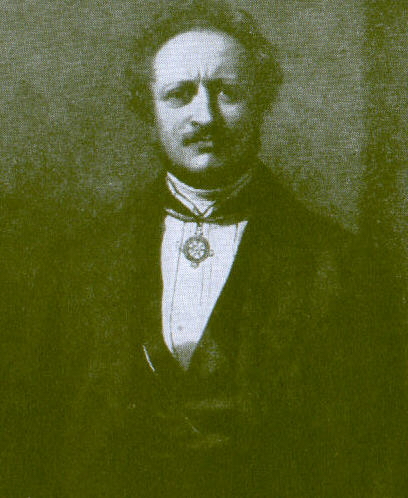 Johannes Peter Müller (, &ndash; , ), was a German , comparative anatomist, and ichthyologist not only known for his discoveries but also for his ability to synthesize knowledge.

Müller was born in .

In 1819 he entered , where he became "" in 1824, extraordinary professor of physiology in 1826, and ordinary professor in 1830. In 1833 he went to the , where he filled the chair of anatomy and physiology until his death. Müller made contributions in numerous domains of physiology, in particular increasing understanding of the , speech and hearing, as well as the chemical and physical properties of , and .

The appearance of his "Handbuch der Physiologie des Menschen" between 1833 and 1840 (translated into English by Dr , and published in London in 1842) marked the beginning of a new period in the study of physiology. In it, for the first time, the results of human and comparative anatomy, as well as of and other departments of physical science, were brought to bear on the investigation of physiological problems.

The most important portion of the work was that dealing with nervous action and the mechanism of the senses. Here he stated the principle, not before recognized, that the kind of sensation following stimulation of a sensory nerve does not depend on the mode of stimulation but upon the nature of the sense-organ. Thus light, pressure, or mechanical stimulation acting on the retina and optic nerve invariably produces luminous impressions. This he termed the law of specific energies of the sense. In the later part of his life he chiefly devoted himself to comparative anatomy. Fishes and marine invertebrata were his favorite subjects. Müller mentored such distinguished scientists and physiologists as , , , , and .