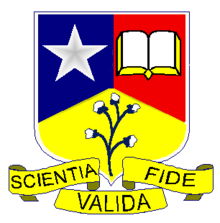 In 1903 the Brothers of the Christian Schools, founded by St John Baptist de la Salle, opened their first school in Malta in Strada Buongiorno, Cospicua. Throughout the twentieth century, the original school grew by adapting to the changing times.

History of the College

De La Salle College established a name for itself in the field of sports and physical education. Many former students went on to represent their country in football, handball, water-polo, athletics, tennis, squash, badminton, basketball, hockey, sailing and others. In inter-college sports, De La Salle is always prominent. It is worth recording that the College built the first full-size sports hall in Malta, which became the venue for various associations to hold their national competitions. Outside playing fields to cater for various disciplines form an integral part of the school premises.

In 1951, the 1,500 schools and colleges of the De La Salle Order spread through the five continents celebrated the Third Centenary of the birth of St. John Baptist de la Salle.

On that festive occasion, the students who at De La Salle College were earnestly preparing themselves to enter H.M. Dockyard, Malta, resolved to donate their first weekly salary towards the erection of a statue of the saint in the event of their being successful at the very competitive Dockyard Entrance Examination. The proposal met with general approval and thus it was that from 1951 to 1959, successive groups of grateful candidates contributed the grand sum of Lm 874, 17s, 8d to a special fund.

The monument stands on a circular base 24 ft in diameter in the centre of which rise a 35 ft. concrete column 8 ft wide and 3 ft.4 ins thick. The face looking towards the College Drive represents the Founder of the Brothers with on his right hand two teenage apprentices surrounded by the tools of their trade. The whole scene is made up of as many as 100,000 pieces of mosaic blended together into 120 colourful hues. They combine to create an atmosphere of majesty which cannot fail to impress onlookers especially when viewed as the sun is setting. On the opposite side of the monument, an inscription in bronze reads as follows:

The monument was unveiled on Friday, 26 May 1967, amid the applause of those present, the din of fireworks and a flight of pigeons, by Bro. Charles Henry, Superior General, and blessed by His Grace Archbishop Mgr. Michael Gonzi in the presence of a host of distinguished guests and many Old Boys, prominent among them their much esteemed President, Godfrey Zarb Adami.

Concluding the speech he made on that memorable occasion, Bro. Edward Galea, Director of the College at that time, said: “I should like to mention that the inauguration of this monument entailed much preparation. In this, the Brothers and I found considerable help in the sustained co-operation of the Old Lasallians’ Committee who have worked steadfastly to ensure the success of this function. The erection of this work of art is their recompense. To it I would like to add my own sincere thanks. We, the Brothers, are proud of them and of our former students and we trust they will always have reason to be proud of us.”

To commemorate the erection of this monument, the Former Students’ Association organises each year several religious and sport activities to which past students and their families are cordially invited.

After the Second World War, the Brothers and their staff wished to adopt a uniform and a badge or coat-of-arms for their students.

Some wanted a green blazer and grey trousers, but the majority preferred a dark blue blazer. As for the tie, Bro. Dominic’s (director ’49-’55) choice of a tie with a red background and narrow blue stripes obtained wide approval and was adopted. When the time came to design the badge, suggestions were plentiful. The first was Bro. Victor’s who suggested the inclusion of a STAR and a COTTON BRANCH separated diagonally by two fields one RED and the other BLUE, these being the colours of our college. But we also wanted to include some symbol of our profession as teachers, so AN OPEN BOOK was added. In this way, after more discussions on the subject, all agreed that the badge should be as it is today. To be on the safe side, however, we sent the proposed badge to the U.K. To seek the views of persons well versed in the rules of heraldry and, having received from them a favourable reply, we went ahead with our project. Why did we agree on this type of badge? Principally, because we wanted a badge that would be truly representative of what this lasallian college stands for. That is why we chose: A STAR which symbolizes the FAITH (Religion) and is present in the coat-of-arms of the Institute. An OPEN BOOK which symbolizes learning. A COTTON BRANCH which forms part of the coat-of-arms of Grand Master Cotoner with whom the Cottonera area fortified by him and, on which the college is situated, is closely connected. As for the MOTTO, after we had been through long lists of possible ones, that submitted by Bro. Dominic: SCIENTIA VALIDA FIDE = TEACHING BUILT ON FAITH, found favour, for it coincided with our Ideals as Brothers of the Christian Schools. The first time our College Badge was seen in public, its originality and design drew much admiration. Let us hope it will continue to embellish the uniforms of the hundreds of students who are attending and will attend De La Salle College in the years to come.