Today it is one of the oldest private technological institutes in the United States,[3] and has a distinguished history in civil engineering, construction management, electrical engineering, polymer chemistry, aerospace, and mechanical engineering. Its Carnegie Classification is Doctorate-Granting "Research University" (high research activity).[4]

It is centrally located in the MetroTech Center and is close to transportation routes and easily accessible from all parts of New York City and Long Island. In addition to its main address at MetroTech Center in Downtown Brooklyn, the institute offers programs at other sites throughout the region, including Long Island, Westchester, and Manhattan, as well as several programs in Israel.

The university has state-of-the-art facilities including a brand new library and new facilities for its electrical engineering, computer science and computer engineering programs. NYU Polytechnic Institute offers programs primarily for undergraduate students but also offers opportunities for graduate students, including executive programs for students with related experience and prepares students to play leading roles in these overarching areas through invention, innovation and entrepreneurship (i2e).[5]

The Accreditation Board for Engineering and Technology (ABET), the Computer Science Accreditation Board (CSAB), American Society of Civil Engineers (ASCE), Construction Management Association of America (CMAA), and the American Chemical Society (ACS) has recognized the institute's undergraduate and graduate programs in engineering, computer science and chemistry.

Among its graduates and faculty are Nobel Prize and Wolf Prize laureates, notable inventors, world class scientists and successful entrepreneurs.[6] 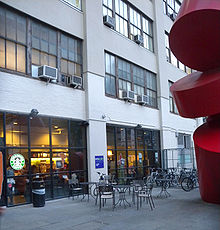 This campus is centrally located in Downtown Brooklyn and close to transportation routes. The campus, called MetroTech, is easily accessible from all parts of New York City and Long Island. It has state-of-the-art facilities, including a brand new library, and new faculties for their electrical engineering, computer science and computer engineering programs. 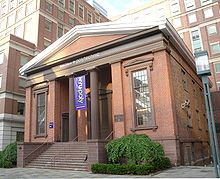 The Brooklyn campus offer programs primarily for undergraduates but also offers opportunities for graduate students, including those executive programs for students with related experience.[7]

MetroTech Center: Polytechnic Institute of New York University played a leadership role in bringing about MetroTech Center, one of the largest urban university-corporate parks in the world and the largest in the United States. Today, the 16-acre (65,000 m²), $1 billion complex is home to the institute and several technology-dependent companies, including Securities Industry Automation Corporation (SIAC), New York City Police Department's 911 Center, New York City Fire Department Headquarters and the U.S. technology and operations functions of JPMorgan Chase. In 1998, a Marriott Hotel was built adjacent to MetroTech. MetroTech has proven to be a case study in effective university, corporate, government and private-developer cooperation. It has resulted in renewing an area that once was characterized more by urban decay.

Wunsch Building houses the school's undergraduate admissions offices and is used to host many social, cultural, and academic events for the school and community.[8] The building dates back to 1847 and was the first independent black church in Brooklyn. It was also a stop on the Underground Railroad and has been designated a historic landmark since November 24, 1981.[9] 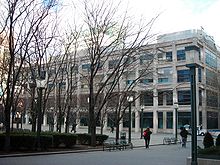 The Bern Dibner Library of Science and Technology, opened in 1990 in a new building, is Polytechnic's information hub, accessible online from anywhere, on or off campus, 24 hours a day, seven days a week. In addition, wireless networks allow users with notebook computers to access the library's electronic services from anywhere on campus.

The Livingston Residence Hall is a 26 story building, housing over 115 graduate students in one bedroom apartments and studios with full kitchens or kitchenette and dining areas. This residence hall is more independent than Othmer and requires that students arrange for their own internet facilities. NYU Public Safety Services officers are on duty 24 hours a day.[10][11]

The Clark Residence, which opened in September 2010, is located at 55 Clark Street, which is within walking distance to NYU Poly’s MetroTech campus, shopping and dining on Montague Street, and the Brooklyn Promenade.. Single, double, large double, lofted triple, and triple layouts are available at the Clark Residence.[12][13]

This campus was opened in 1961. Recently, they moved to a state-of-the-art facility at The Melville Corporate Center. When they moved to the new facility, they also expanded their graduate programs to include Electrophysics, Systems Engineering, Telecommunication Networks and Wireless Innovation. Most classes and programs offered at this campus are geared towards working professionals.

Established in the 1980s, this graduate center is the Hudson Valley’s premier center for technical and managerial education. People from all over the tri state region travel in to attend classes for graduate studies in the fields of Chemistry, Management of Technology, Telecommunications, Electrical Engineering, Construction Management, Information Systems Engineering and Computer Science. Here again, the classes are geared towards the working professionals. The facility is completely wired and has advanced computer labs and conference style classrooms.

Located at 55 Broad Street in downtown Manhattan, this site again is in the heart of New York. This site offers degree programs in Financial Engineering, Management of Technology, Information Management and Accelerated Management of Technology. The Manhattan Graduate Center offers another state-of-the-art facility for the working professionals in the Manhattan area. This site usually attracts those researchers and professors who want to further their education at a prestigious facility that focuses on technology. 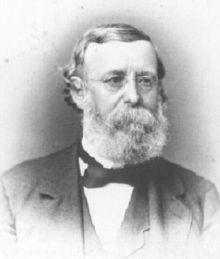 The official timeline for the Institute is maintained on Poly at a Glance: the Poly Timeline.

Polytechnic Institute of NYU has carried a number of different names.[15]

On August 7, 2007, Polytechnic and New York University (NYU) announced that the two institutions were engaged in merger discussions.[20][21] In October 2007, NYU’s and Polytechnic's Boards of Trustees both approved continuation of talks on a merger of NYU and Polytechnic. Both institutions decided to continue drafting a Definitive Agreement to more fully define the relationship between the universities.[22][23]

On March 6, 2008, Polytechnic’s Board of Trustees voted to approve the "Definitive Agreement" to affiliate with New York University, with the goal that Polytechnic would become NYU's School of Engineering. On June 24, 2008, the New York State Regents approved an affiliation between Polytechnic and NYU by a change of charter which made NYU the sole member of the Polytechnic, effective July 1, 2008.[22][24][25]

List of changes around the completion of affiliation (incomplete)

Polytechnic Institute of New York University offers Bachelor of Science, Master of Science, Master of Engineering, and Doctor of Philosophy degrees in a wide range of majors and programs. More than 89% of undergraduate students receive job offers within 6 months of graduation. NYU Poly has 1,750 full-time undergraduates and 2750 total full and part-time graduate students; its current student-to-faculty ratio is 13-to-1.[26]

Admission to Polytechnic Institute of New York University is considered "more selective"[27] and applicants will need:

The 2009 Best Engineering Colleges By Salary Potential ranked the school among the top 10 in the nation for annual pay of bachelors graduates.[33][34]

The 2006 US News Best Colleges ranked the graduate computer engineering program 34th in the nation for the best engineering specialty.[35]

Polytechnic Institute of New York University has numerous student organizations (over 40[36]) including:

Alpha Phi Omega
A co-ed service fraternity organized to provide community service, leadership development, and social opportunities for college students. The largest collegiate fraternity in the United States, with chapters at over 350 campuses, an active membership of approximately 17,000 students, and over 350,000 alumni members.

Lambda Chi Alpha
A national social fraternity seeks to promote higher education by providing opportunities for academic achievement and leadership. It is one of the largest men's general fraternities in North America and is the largest Greek organization on campus. The chapter also has available housing for members.

Nu Alpha Phi An Asian-interest social fraternity founded in 1994. They strive to improve the surrounding environment through community service and other philanthropic activities. Past efforts have included charity walks, donation drives, voter registration, and soup kitchens.

Omega Phi Alpha
A local, independent, co-ed social fraternity founded in 1986. They are not affiliated with the Omega Phi Alpha national service sorority. They were originally based on the Farmingdale, Long Island Campus. They moved to Brooklyn when the Long Island campus closed and the student body integrated with the main Brooklyn Campus.

PolyBOTS
The mission of the PolyBOTS is to provide an interdisciplinary environment allowing for the engineering and construction of original robotic and mechanical devices. The PolyBOTS present the means by which students have the ability to learn and excel in multiple technical and engineering fields through hands-on experience.(source) Since its start in 2001, the organization has volunteered to FIRST robotics and FIRST Lego League. They have hosted several workshops for high school students, and have earned several awards by the Institute and FIRST.

Polytechnic Anime Society
The Polytechnic Anime Society consists of students who enjoy gaming, anime, manga, and other aspects of both popular culture and Japanese culture. Besides hosting weekly anime showings and gaming sessions in the university, PAS also hosts and participates in various outside events. Members can often be found in costume attending conventions and parades. They have attended the annual Otakon. In addition, PAS notably hosts the annual SpringFest, a gaming, anime, and pop culture-oriented convention open to everyone. Average attendance per year is usually around 200, with tournaments, panels, and anime showings running throughout the day.

Engineers Without Borders (EWB)
Engineers Without Borders[37] was founded in the spring of 2008, to allow students to apply their technical skills to benefit developing communities around the world. Current EWB projects include providing sustainable, scalable engineering solutions for municipal and civic infrastructures in El Salvador[38] and the sustainable water and sanitation in the Dominican Republic.[39]

Polytechnic Institute of NYU is the home of the Fighting Blue Jays and offers its students a wide array of sports teams. The Blue Jays compete in NCAA Division III Championships in Men's and Women's Soccer, Women's Volleyball, Women's Lacrosse, Men's Track, Men's and Women's Basketball, Softball, and Baseball.

NYU Poly has advanced its athletics program in the last few years. They have constructed a new gym, the Jacobs Gymnasium, located on the Brooklyn campus.

NYU Poly has a long athletic history. For instance, NYU Poly and Pratt Institute’s basketball teams have battled it out in some of the world's most famous arenas, including the old Madison Square Garden, the Brooklyn Armory, and the Meadowlands since 1904. In Fall 2009 and Fall 2010 the women's volleyball team won their conference. In spring 2010 the women's softball team also won their conference and got an NCAA bid to regionals in Ithaca. The team earned the school's first ever NCAA tournament win.

Polytechnic Institute of New York University's alumni have ranked the school as one of the 15 Best Engineering Colleges By Salary Potential.[33]

The Polytechnic Institute of New York University Alumni, established in 1863, promotes and maintains the welfare of Polytechnic and provides fellowship and mutually beneficial activities among Poly graduates. Officers and an international board of directors govern the polytechnic alumni. Alumni sections offer events around the country and internationally.

A list of the notable Polythinkers are officially maintained at Polythinking Innovation Gallery.