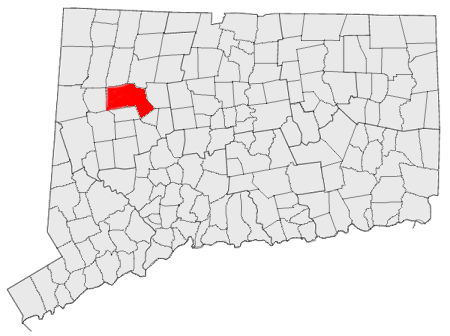 Litchfield is a town in and former of Litchfield County, , ,GR|6 and is known as an affluent summer resort. The population was 8,316 at the 2000 census. The boroughs of Bantam and Litchfield are located within the town. There are also two unincorporated villages: Northfield and Milton.

Famous residents of the town include

Founded in 1721 Litchfield was designated the county seat in 1751, and by the 1790s the town had become the leading commercial, social, cultural and legal center of Northwestern Connecticut. Its population grew from 1,366 in 1756 to 2,544 in 1774, and by 1810 Litchfield was the fourth largest settlement in the state with a population of 4,639.

Beginning in 1784, Litchfield lawyer, Tapping Reeve, systematized his law lectures for young students, creating the . Reeve was the first to develop a series of formal, regular lectures that insured that all students had access to the same body of knowledge. Among those who attended was , a prominent nineteenth-century lawyer and judge in the county.

Established in 1792, 's was one of the first major educational institutions for women in the United States.

, , , , , and all grew up in Litchfield where thier father, was the minister.

During its "Golden Age" (1784-1834) Litchfield had an unusual number of college educated inhabitants. In 1791 Samuel Miles Hopkins, a student at the Litchfield Law School, described Litchfield in his journal as a town of "hard, active, reading, thinking, intelligent men who may probably be set forth as a pattern of the finest community on earth."

Litchfield's fortunes declined during the later years of the nineteenth century. The town did not have the ample water supply and rail transportation necessary to establish industry and the village became a sleepy backwater. Rediscovered as a resort community in the late nineteenth century Litchfield became a popular spot for vacation, weekend and summer homes. The town embraced the Colonial Revival movement and by the early Century many of the homes began to sport the white paint and black shutters we see today.

There were 3,310 households out of which 31.2% had children under the age of 18 living with them, 59.9% were married couples living together, 7.2% had a female householder with no husband present, and 30.4% were non-families. 26.5% of all households were made up of individuals and 13.2% had someone living alone who was 65 years of age or older. The average household size was 2.45 and the average family size was 2.98.

*Debby Applegate, "The Most Famous Man in America: The Biography of Henry Ward Beecher". Doubleday, 2006.