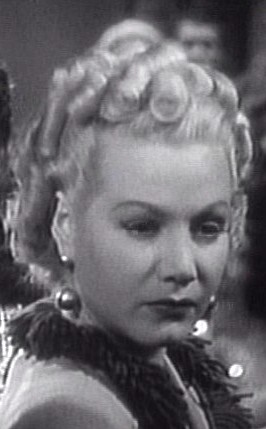 Born in , Dickson began acting during high school in amateur theater productions. Encouraged by her acting coaches, she moonlighted doing dramatic readings at social clubs and on KFOX radio station in . In April 1936, she was spotted by who signed her to a Warner contract. Her auspicious film debut in 1937's "They Won't Forget" landed her on the top of Hollywood's short list of important up and comers, a distinction which allotted her enormous publicity. In the fall of 1937 she was in many magazine covers and was the subject of several major movie magazine articles with titles like, "The Luckiest Girl in the World" and "New Star of the Year". One magazine proclaimed her one of the greatest American actresses yet discovered.

Dickson died of asphyxiation from inhalation of flames that seared her lungs. She suffered first and second-degree burns over her entire body. It is theorized the fire began by an unextinguished cigarette that ignited an overstuffed chair on the main floor, while Dickson napped upstairs. [cite web|url=http://www.glamourgirlsofthesilverscreen.com/show/67/Gloria+Dickson/index.html|title=The Private Life and Times of Gloria Dickson|publisher=glamourgirlsofthesilverscreen.com|accessdate=2008-07-10]

She is buried at .