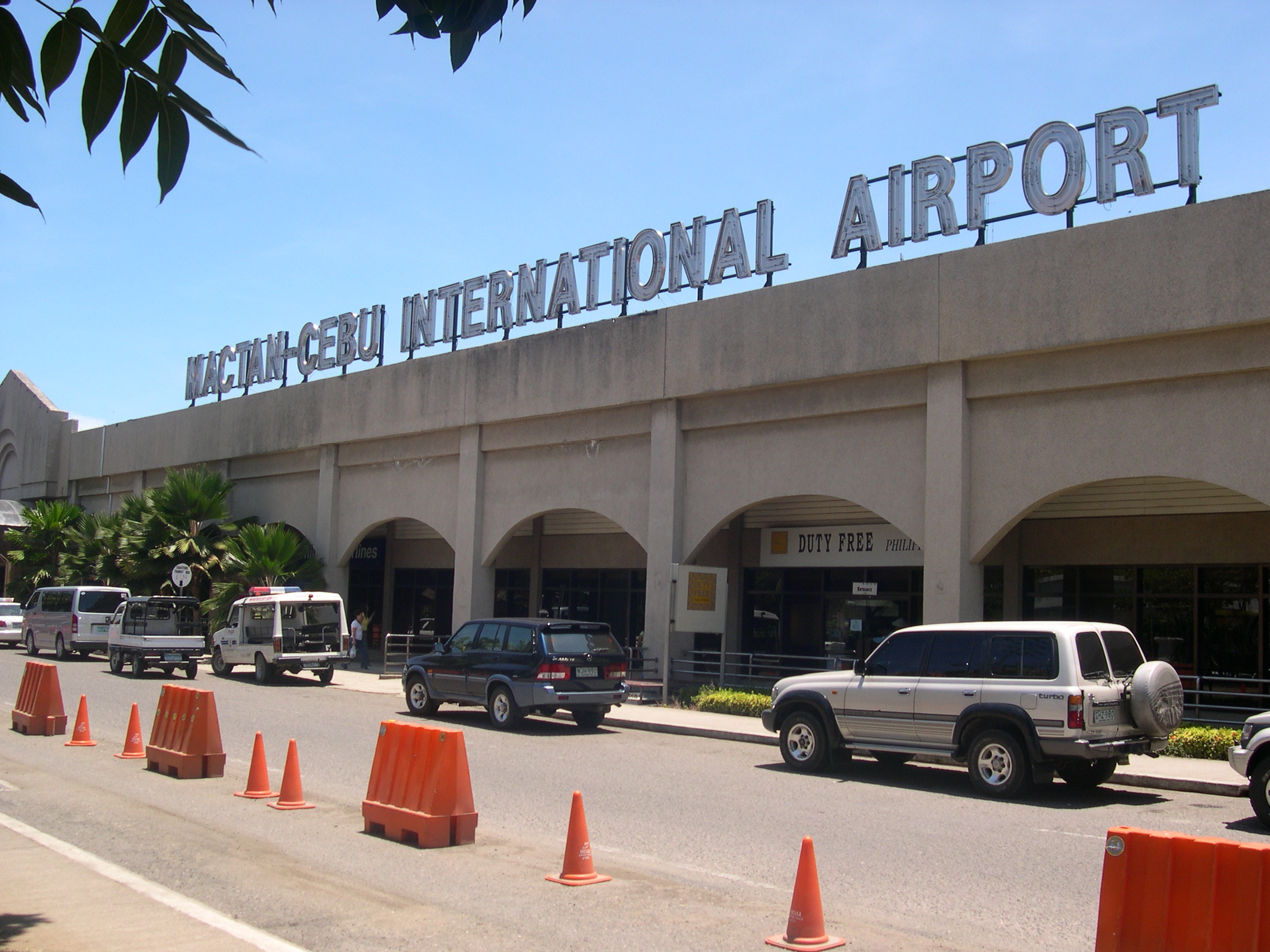 Mactan-Cebu International Airport (Filipino: "Paliparang Pandaigdig ng Mactan-Cebu", Cebuano: "Tugpahanang Pangkalibutanon sa Mactan-Sugbo") airport codes|CEB|RPVM is a major international airport in the region of the . It is located in , , and is the country's second primary gateway. The airport is managed by the .

The airport has a large apron, a single 3,300 meter runway, and a taxiway. The terminal building incorporates both domestic and international wings with a combined capacity for 4.5 million passengers. The airport covers an area of 797 hectares.

There was a healthy growth rate of air transport movement for the year 2007, an increase of 31% for international and 8% for domestic compared the other year.

A total of 3,731,500 domestic and international passengers passed through the airport during the year 2007, marking an increase of 22% compared last year.

For the year 2007 cargo volume rose by 8% for domestic and an increase of 2% for international compared last year.

Plans have been drawn for the expansion of the existing terminal building and the construction of two more boarding bridges or jetways to complement the existing four. A new cargo terminal has also been proposed.

On , , the Mactan-Cebu International Airport Authority (MCIAA) announced that about P300 million will be spent for the terminal expansion program to address the increasing volume of passenger traffic. MCIAA general manager Danilo Augusto Francia said the program also includes the establishment of a second passenger terminal in the Mactan-Cebu International Airport. [ [http://globalnation.inquirer.net/cebudailynews/enterprise/view/20080820-155792/Mactan-Cebu-airport-to-set-aside-P300-M-for-expansion "Mactan-Cebu airport to set aside P300-M for expansion"] ]

The Airport is currently in the process of building an administrative building. The construction is currently stalled due to irregularities in the deal but it is expected to continue soon. The idea behind the building is to free up space in the airport terminal so that the airport can expand passenger facilities without necessarily expanding the size of the airport. Currently, all airport offices are located inside the Main Terminal.

A VIP Lounge for the held in Cebu in 2007. The airport lounge now serves as the primary welcome area for VIP's visiting Cebu.

Recently, it played host to the arrival and departure rites for the Royal Couple of Swaziland.

The following airlines serve the Mactan-Cebu International Airport (as of September 2008):

;Notes:
*fnb|1 Although most of Silk Air's flights to stops in , Silk Air has no rights to transport passengers between Cebu and Davao.

On , , was flying on its second leg of the - Mactan-Cebu International Airport - New Tokyo International Airport (now ) route when a bomb on board exploded, killing a passenger. The airliner was able to make an emergency landing.Authorities later found out that planted the bomb on the airliner to test the bomb for his Project Bojinka plot. His project was discovered in after an apartment fire on the night of and the morning of , .

Ramzi Yousef was on board Flight 434 from Manila when he planted the bomb beneath a vacant seat. He used a fake identity thus he was able to pass through security in Manila. Yousef set the time for the bomb to blow off when the airline is already in its Cebu-Tokyo leg. Yousef got off the plane during the stopover in Cebu from Manila.