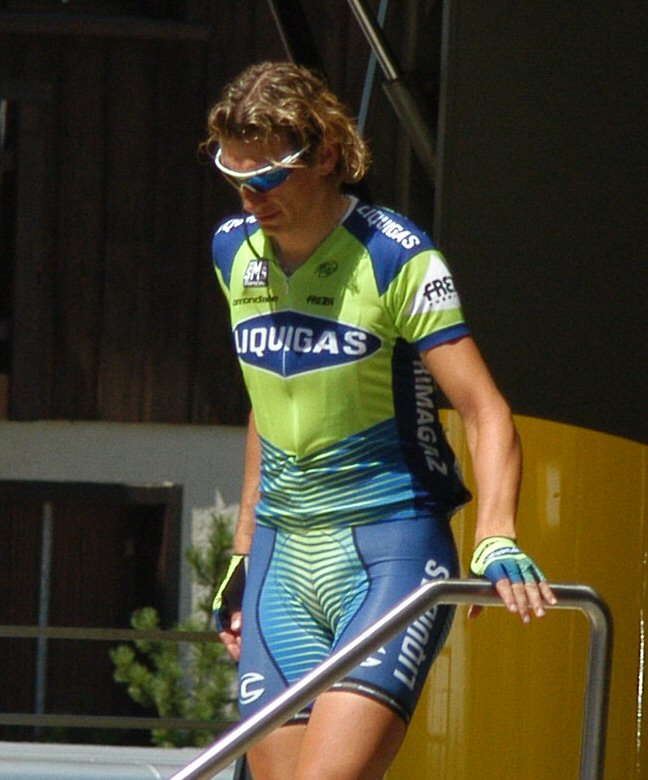 Filippo Pozzato (born , in , ) is an Italian with the Italian professional cycling team.

He turned professional in 2000 with the cycling team, part of the famous "classe di '81" a group of emerging young riders born in 1981 who were part of the Mapei TT3 development team. Other alumni include and , and s Kolobnev and Gryschenko.

After Mapei ended its sponsorship in 2002 Pozzato joined 's cycling team. Despite his win of in 2003 and a stage win in the , personality clashes with Ferretti meant that Pozzato suffered poor years with Fassa Bortolo in 2002-2004. During this period he was injured for some time and had to work for star sprinter at other times.

During the 2004 season he was chosen to be part of the winning Italian team in support of team leader . He re-established contact with several managers and directeurs sportif of . The Quick Step-Innergetic team expressed interest and Pozzato was able to obtain a release for the 2005 ProTour season, joining several former Mapei riders already on the team, such as and .

The 2005 ProTour season went better for Pozzato, with a win in the in front of teammate .

The 2006 season saw him win the first major classic of the year after a superb ride which saw him first work for team leader , but then was forced to launch his own winning attack in the finale.

For the 2007 season, Pippo joined the Liquigas squad, and began his season in style, winning the the and Stage 5 of the .