The Hands That Built America

The Hands That Built America 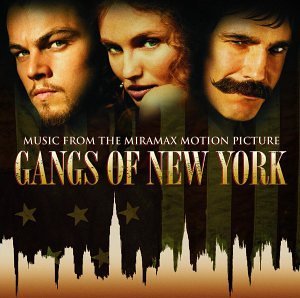 "The Hands That Built America" is a song about New York. The first verse of the song makes reference to the , and the resulting emigration of hundreds of thousands of Irish people to the ; a fact reflected in the demographics of New York City. The second and third verses relate to the , and the ideals that hard work can bring a person prosperity. The final verse is about September 11th. The song was considered for single release and was announced as such for a 2003 release. The songs "The Playboy Mansion" (2003 Version - originally from "Pop") and "That's Life" (a cover song by Bono and released on The Good Thief Soundtrack) were announced as B-sides. The release was canceled, possibly because U2 didn't win the Oscar for best song for "The Hands That Built America". The 2003 version of "The Playboy Mansion" and the single itself never surfaced as CD's were probably not yet produced.

The soundtrack mix of the song features , who played the , and who played the violin. [ [http://www.u2wanderer.org/disco/sdtk002.html Liner Notes of "The Hands That Built America"] ]

The title of the song was inspired by Horslips title track to their album "The Man Who Built America" with the full blessing of Horslips singer and bass player Barry Devlin,Fact|date=April 2007 who had also produced a number of U2 videos.

U2 have performed this song live in its entirety seven times, the first being at the premiere of "Gangs of New York" on , and the last occurrence done solely by and as an acoustic performance at the opening of the Clinton Presidential Library in on th, 2004.

Although "The Hands That Built America" has not been played live since 2004, it was included at every concert on the (2005-2006) as a during performances of "". This took place in conjunction with snippets of "" and sometimes "Please".

Two different music videos were created for "The Hands That Built America". The first uses a combination of black and white footage of the band playing the song, and scenes from "Gangs of New York". This video uses the version of the song found on "The Best of 1990-2000" CD.

The second video is composed solely of black and white footage of U2 playing the song. This video uses an acoustic version of the song, and is the version found on "The Best of 1990-2000" DVD.