: "This article is about the song. For the article about cash dispensing machines, see ". 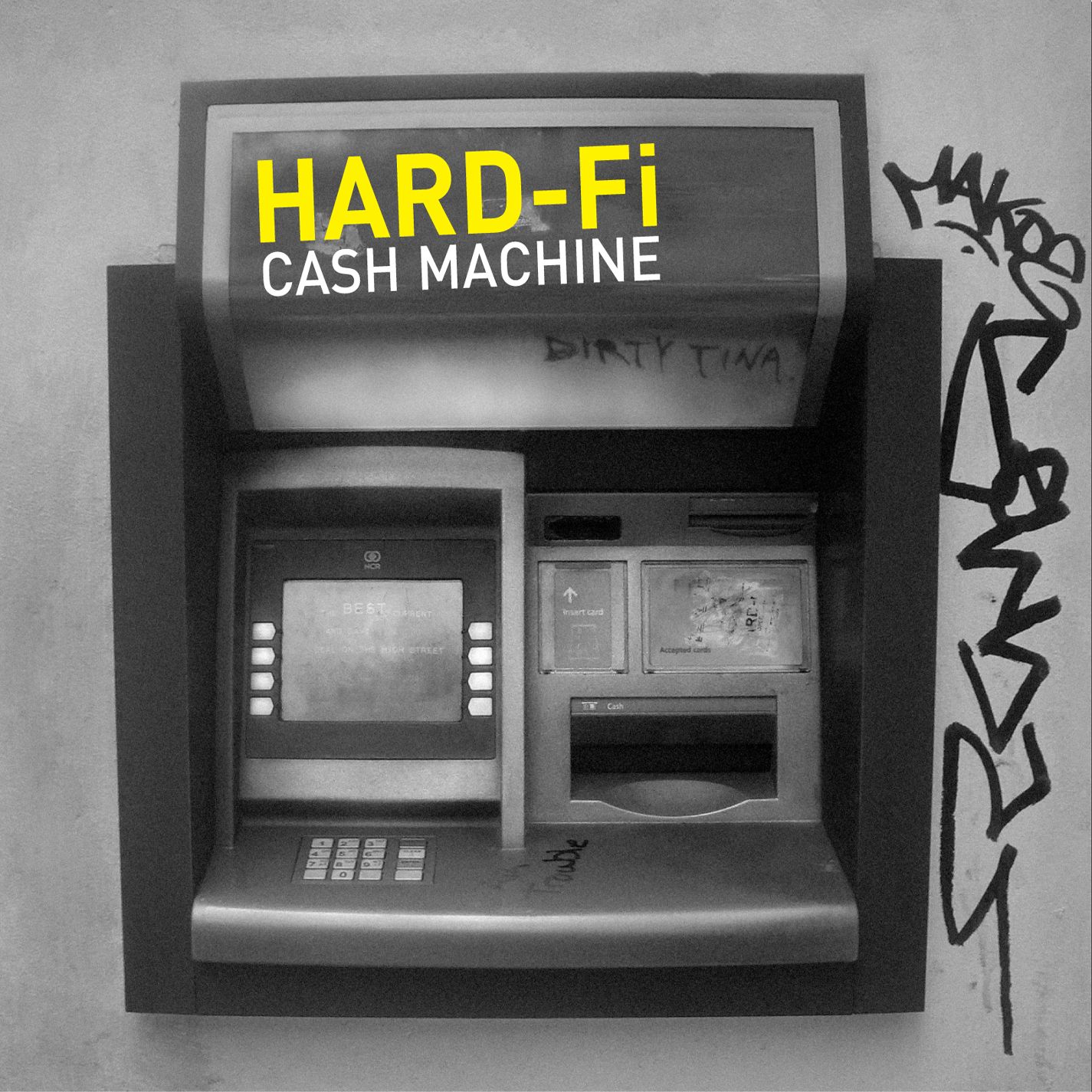 "Cash Machine" was the first single from group , taken from their debut album "". It was originally released on , , where it was inelligable in the UK chart due to the inclusion of a sticker. After the success of singles such as "" it was then re-released on peaking at #14 in the UK singles chart and #15 on the US Modern Rock chart. There have been three different music videos: one low-budget for the original release, and two versions for the re-release.

Archer describes this song as being about "Having no money", the song however, is much deeper than that, it tells of the kind of life Archer may have lived before reaching success, "Go to a cash machine, to get a ticket fare, message on the screen says don't make plans you're broke" and "I try to skip the fare, ticket inspectors there", another issue that he mentions is "my girlfriend's test turned blue (she had become pregnant)... I can't afford to be a daddy so I leave tonight".

The original release of Cash Machine was not intended by the band to be chart eligible, instead It was released to get the band radio play and hype for the following release, . As a result it was released with a free sticker, a stunt pulled to force the single into being released. [ [http://ukforums.infopop.cc/eve/forums/a/tpc/f/751106815/m/350107958?r=576101078 Will tied up to tight chart?] Note: Drummer Steve Kemp comfirms the informartion in this topic under the name "Steve-fi"] [ [http://drownedinsound.com/articles/11697.html Clash and burn with Hard-Fi] ] The single sold approximately 3,000 copies, which was about how many copies of the single were actually released and would have reached #40 had it been eligible. [ [http://drownedinsound.com/articles/11697.html Clash and burn with Hard-Fi] ]

The song is featured as part of the soundtrack.

There are three different music videos for the song.

Directed by Dougal WilsonThis is the second video made but is however the one that is used on television due to that many channels would not play the original as it featured too much illegal activity. [ [http://www.hard-fi.com/media.php Hard-Fi : Media] ] is a more literal interpretation of the lyrics of the song (for example, Archer trying to use a while singing "I try to phone a friend / my credit's in the red"). It also shows the interior of a cash machine staffed by miniature humans who are working in conditions akin to . The images are similar to the Fire planet from season 3 of Lexx. The video shows these people involved in all steps of making the money, from cutting down the trees used for the paper to painting the money to pushing it through the slot when someone requires it. The workers finally rebel, and the interior of the machine is destroyed in a series of explosions. Archer comes to the machine shortly after these events and, finding a message declaring the machine out of service, again proclaims, "Oh knickers!"

Dougal Wilson, the director of the video, is also known for directing "" by , Dream by and by .

This is the original video which has their boss, "Mr. Big," telling the band that "the reason you boys are so skint is because the record company hasn't paid us." He orders them to steal the tapes from a courier at . The band, wearing masks of political figures such as and , ends up mostly fighting each other while Archer discovers the case believed to hold the tapes. He is held at gunpoint by the courier, but saved by the other band members. They take the case to a hideout to discover that it only contains the courier's lunch. Archer declares, "Oh !" The video is interspersed with shots of the band playing in a field near an airport as large planes fly overhead. It contains a sly reference to their idols : during the performance in the field, Archer pulls a mask off of bassist Kai Stephens' face - in the video for 'Rock the Casbah', when Joe Strummer reveals guitarist Mick Jones' face.

Archer explains that "The budget was less than £1,000. The whole budget was pizza, beer and world leader masks. The rest was favours from friends, but for the second one we had much more money."

"When we made that single we weren't signed to a major label yet but a small independent (who we're still signed to but have licensed to the major). So we had no money, we'd made this little mini-album for just £300 in a lock-up in Staines on a moldy old laptop that kept crashing. And we thought we needed a single and a video for it. But we had no money. A mate of mine was pretty good with a camera, and we decided to make a Heist movie, because we'd seen a documentary about a heist and the U2 'Beautiful Day' video - obviously that was done with CGI graphics and hundreds of thousands of pounds, but we thought let's use our brains, our resources, what's round us. We live right underneath Heathrow Airport, let's go and do it for real. So, we scouted the area, worked out which way the planes were flying, and got up early one morning, got the gear over the fence, set up and assessed the risks: Best case scenario, we could get away with it - unlikely; or we could get moved on, that wouldn't be so bad; arrested - tricky; or shot - dead. That's pretty bad.

But we were there for about half an hour. The security must have seen us with all this gear, playing a gig at the end of the runway and thought we must've had permission. The hardest bit was we had a portable stereo playing the track to mime along to, which sounded loud in the room but outdoors with a 747 going over your head and the ground shaking you can't hear anything. So, if you look carefully we're all out of sync. And then we'd gone by then.

I love it when a plan comes together." [ [http://www.ilikemusic.com/interviews/Hard_Fi_Interview-1768/3 Hard Fi Interview - INTERVIEWS - I Like Music ] ]

"We were trying to make an impressive looking video with no money. And of course, the airport's on our doorstep so we thought we'd use it. The guy who was directing it went into the visitors centre and said 'I'm moving into the area. Can you tell me where the planes will be coming in tomorrow cos I want to know how they relate to the house I'm buying.' "So we found out which way they were coming in, got the gear over the fence and set it up thinking that any minute now, we'll be out of here and it will be all over. But I think the people who saw us - a band set up and playing music - though they must have permission otherwise its too ridiculous, so they left us to get on with it. So we got what we needed then quickly got out of there." [ [http://drownedinsound.com/articles/11697.html Clash and burn with Hard-Fi] ]

The third video is an version of the video which the band put up as a download for mobile phones and is still available on . The video follows a ten-pound note through several owners. It begins with the group's lead singer, Richard Archer, getting the note from a cash machine and giving it to a friend. The friend uses it to buy a beer. The bartender keeps the note and puts it toward buying drugs. The drug dealer collects money from a man on the street and gives the note as change. The man's wallet is pinched by a woman and given to another man, who takes the note and later gives it to a stripper. The club owner takes the note from the stripper, but loses it in the alley behind the club, where it is found by Archer.

Archer says "When you first buy a mobile phone what's the first thing you do?" "most the traffic on mobile phones is obviously pornography, and we're just filling the niche between pornography and music, put them together and there you find the alternative Cash Machine video"