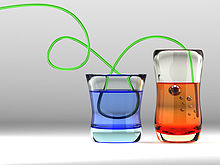 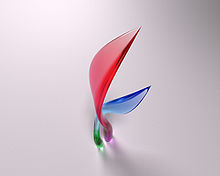 The Dielectric Physical Phenomenon Shader is a shader used by the LightWave and Mental Ray 3D rendering engines. It is based on a dielectric model of physics, which describes how electromagnetic fields behave inside materials. The dielectric shader is able to realistically render the behavior of light rays passing through materials with differing refractive indices, as well as attenuation of the ray as it passes through a material.