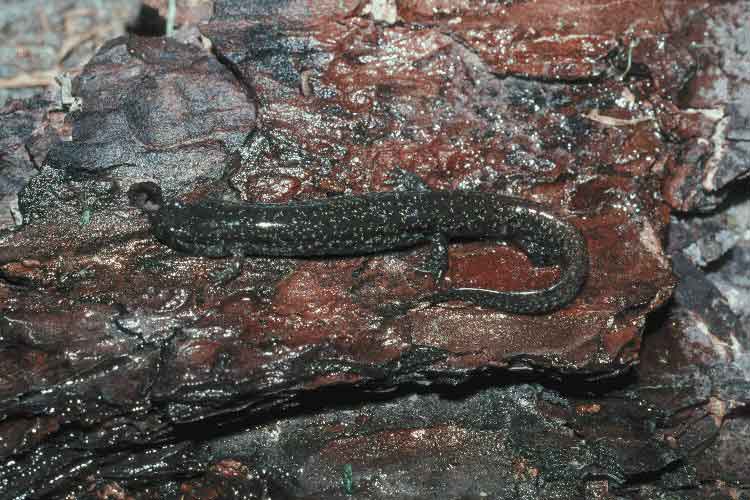 Lungless salamanders (family "Plethodontidae") are distinguished from other families of s by the following traits:
* No lungs. They conduct respiration through their skin and the tissues lining their mouths.
* Frequently no aquatic larval stage. In many species eggs are laid on land and young hatch already possessing an adult body form.
* Naso-labial groove. A slit lined with glands between the nostril and upper lip, used for chemoreception.

Measured in individual numbers, they are very successful tetrapods in areas where they occur. Some places they make up the dominant biomass of vertebrates. Due to their modest size and low metabolism, they are able to feed on prey such as collembola, which is usually too small for other terrestrial vertebrates, which gives them a whole ecological niche for themselves they can specialize in without competition from other groups.

The family Plethodontidae consists of 4 subfamilies and about 380 species divided among the following genera:Following a major revision in 2006 the genus "Haideotriton" was found to be a synonym of "" while the genera "Ixalotriton" and "Lineatriton" were made synonyms of "". [Frost et al. 2006. THE AMPHIBIAN TREE OF LIFE (http://digitallibrary.amnh.org/dspace/bitstream/2246/5781/1/B297.pdf)]