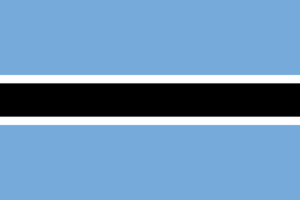 The Botswana national cricket team is the team that represents the country of in international matches. They have been an associate member of the since 2005, after previously being an affiliate member since 2001.

Cricket was started in the country by expatriates from and the . [ [http://www.cricketfundas.com/africa/botswana.html History of cricket in Botswana] ] Botswana was elected to the ICC as an affiliate member in 2001, and played in the Africa Cup in the following year. After winning all their first round matches against Namibia, Tanzania, Zambia and Zimbabwe, they beat Kenya in the semi-final before losing by 270 runs to South Africa in the final. [ [http://www.cricketeurope4.net/CRICKETEUROPE/DATABASE/2002/TOURNAMENTS/AFRICACUP/about.shtml 2002 Africa Cup] at CricketEurope]

In March 2004, they won the African affiliates qualifying tournament for the , qualifying them for the next stage of qualification, the Africa Cricket Association Championships. They beat Nigeria and Tanzania in that tournament in Zambia in August, finishing fourth, thus missing out on qualification for their first ICC Trophy. [ [http://www.cricketeurope4.net/ICCT2005/DATABASE/QUALIFYING/africa.shtml 2005 ICC Trophy African qualifying] at the tournament's official website] They were rewarded for their performance in this tournament by being promoted to associate membership of the ICC in 2005.

In May 2008, Botswana travelled to to take part in the Division Five tournament. Although Botswana beat the Bahamas in Group B, it was their only group stage win and with three loses and one match abandoned due to rain they failed to make the semi-finals. Botswana finished sixth overall after defeating Germany but losing to Singapore in positional playoff matches. With only the top two from this tournament qualifying for Division Four in Tanzania later in the year, Botswana missed out on the chance to take their 2011 World Cup dream any further.