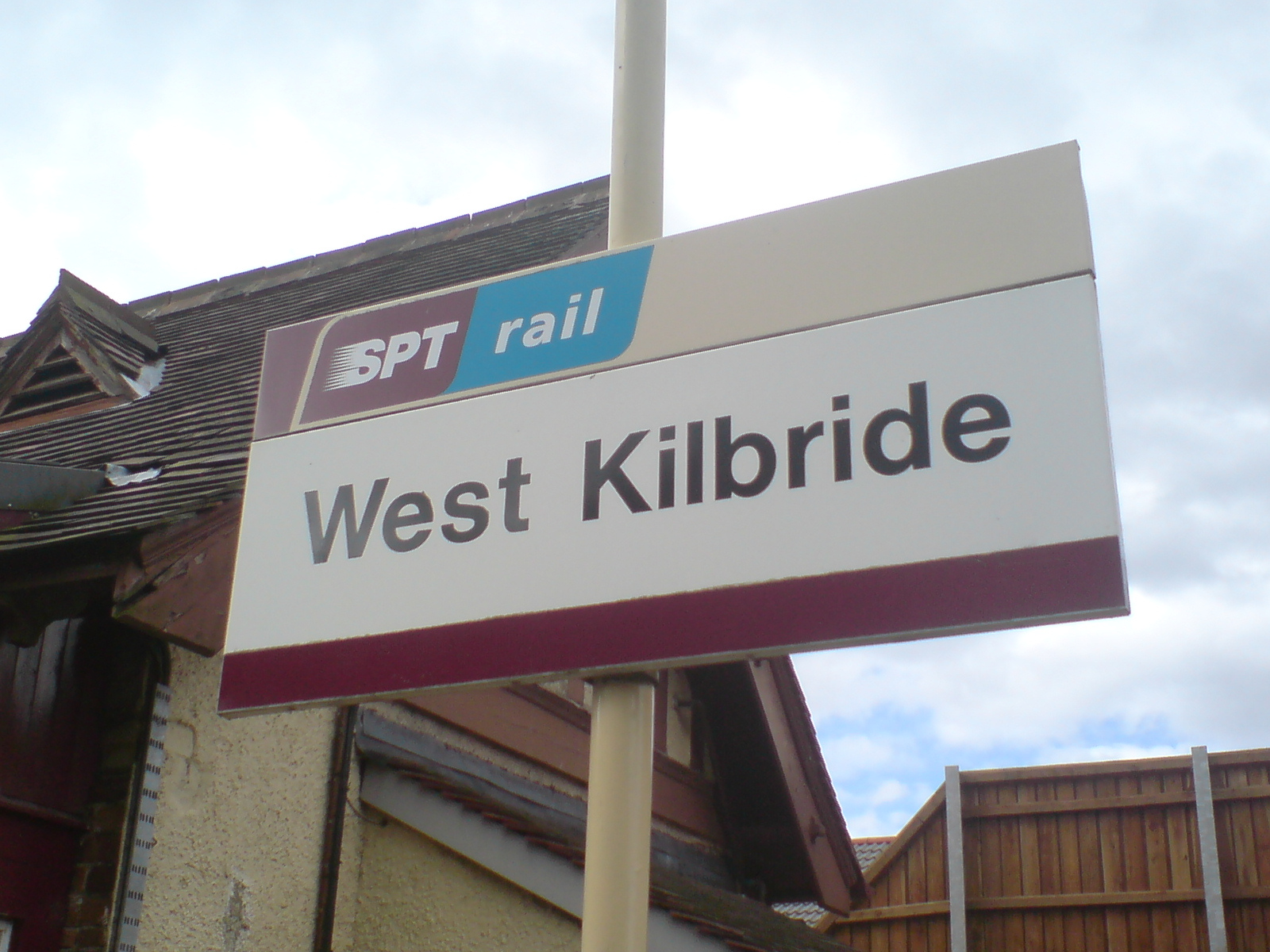 The station was opened on by the as part of the extension of the former to . [Butt, page 245] The present station building was designed in 1900 by the noted architect James Miller. [ [http://www.codexgeo.co.uk/dsa/architect_full.php?id=M000001 Dictionary of Scottish Architects: James Miller] ] Originally a two platform station, the southbound platform was demolished as part of the electrification works in 1985. The former northbound line (to Largs) is electrified and signalled for bi-directional working, being used by passenger trains for both directions, and by northbound freight trains to the . The former southbound track is signalled for southbound working only and is not electrified, being used by southbound trains from Hunterston.The station building still stands but is no longer used as part of the station itself. Since the ticket office closed the building has been home to shops and cafés, and currently holds a restaurant.