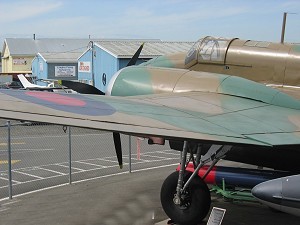 caption=Walter Hampden as Oberon in

He went to for for six years. Later, he played , Henry V and on Broadway. In 1925, he became manager of the on Broadway. He became noted for his Shakespearean roles as well as for Cyrano. Hampden's last stage role was as Danforth in the original Broadway production of 's "".

Hampden appeared in a few silent films, but did not really begin his film career in earnest until 1939, when he played the good Archbishop (Frollo's brother) in the version of "The Hunchback of Notre Dame". Hampden's character was one that does not appear in 's novel; he was created for the film because the s of the time frowned on depicting an evil archdeacon in films. Several other roles followed&mdash;Jarvis Langdon in the 1944 film "" among them, but all were supporting character roles, not the lead roles that Hampden played onstage. He had a small role in (1950), and he played long-bearded patriarchs in biblical epics like The Silver Chalice (1954) and (1955).

In addition to his radio roles (""), Hampden also appeared in several dramas during the early days of . He made his TV debut in 1949, playing for the last time at the age of 69.

His last role was the non-singing one of King , considered by some to be one of his best performances, in the otherwise unremarkable 1956 remake of 's 1925 "". It was released posthumously, more than a year after Hampden's death.

For 27 years, Walter Hampden was president of the . The club's library is named for him.