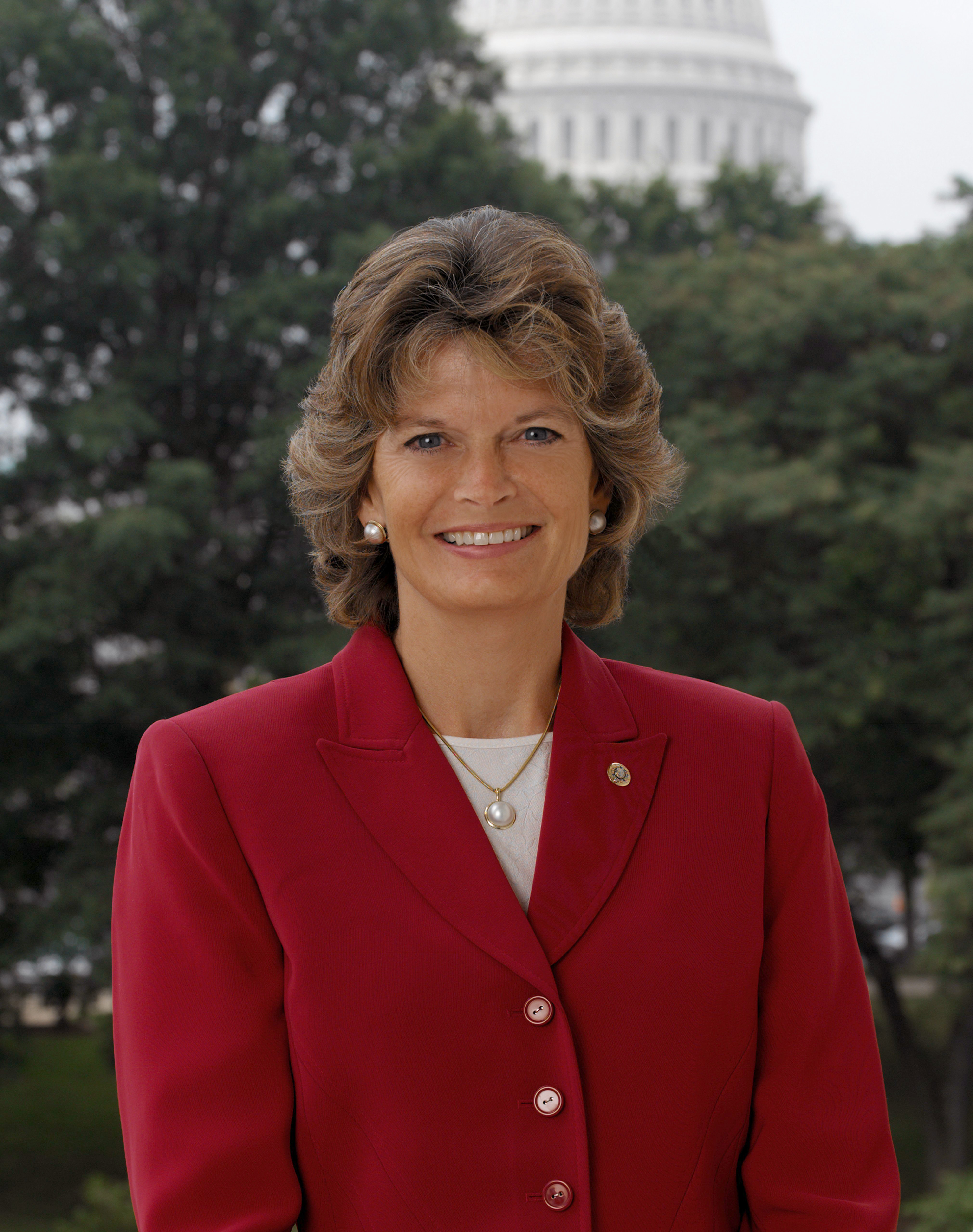 Lisa Ann Murkowski (born , ) is an American politician of the Republican party and the junior United States Senator from . She is the first woman ever elected to Congress from her state, in addition to being the first senator born in Alaska.

Murkowski was born in to Nancy R. Gore and . Her paternal grandfather was of Polish descent and her mother's side was Irish. [ [http://freepages.genealogy.rootsweb.com/~battle/senators/murkowski.htm murkowski ] ] As a child, she and her family moved all over the state due to her father's job. Lisa earned a B.A. in from in 1980, and a from in 1985.

In 1998, she was elected to the and served as House Majority Leader for the 2003–2004 session. Murkowski sat on the Alaska Commission on Post Secondary Education and chaired both the Labor and Commerce and the Military and Veterans Affairs Committees. In 1999 she introduced legislation establishing a Joint Armed Services Committee.

Murkowski is married to Verne Martell. She has two children, Nic and Matt. Her father, Frank Murkowski, was from 2002 to 2006 in addition to being her immediate predecessor in the Senate.

Murkowski, while a member of the state House, was appointed by her father, Governor Frank Murkowski, to his own unexpired senate seat in December 2002, which he had vacated after being elected governor. She was subsequently elected to a full six-year term against former Governor Tony Knowles in the 2004 election, after winning a primary challenge by a large margin. Near the end of the general campaign, senior senator shot campaign ads for Murkowski and warned the public that if a Democrat replaced Murkowski they were likely to receive fewer federal dollars.

Murkowski is considered a moderate Republican. She is one of ten Republican Senators who refused to commit to 's "" to end judicial filibusters, and she supported H.R. 810, the Stem Cell Research Enhancement Act, which would have permitted the Secretary of Health and Human Services to support taxpayer-funded research on stem cells. Congress passed the bill, but President vetoed it.

Murkowski voted with Democrats and moderate Republicans on H.R. 976, which called for the expansion of the (SCHIP) to provide coverage for additional uninsured children. [http://projects.washingtonpost.com/congress/110/senate/1/votes/307/] That bill passed both the House and the Senate, but was vetoed by President Bush. She supports health care reforms in her native state as well, largely because health care costs for Alaskans are up to 70% higher than costs in the .

On voting rights, Murkowski supported the Republican leadership's continued denial of representation in the Congress for DC, voting against bringing the DC Voting Rights Act to the floor.

On environmental issues, for 2003, the nonpartisan watchdog group rated Murkowski at 11% on environmental issues: "During her short time in the Senate," Murkowski, who chairs the Senate Energy and Natural Resources Subcommittee on Water and Power, "has thrown her support behind efforts to drill for oil in the (ANWR)." [http://www.lcv.org/president-and-congress/senate/senate-energy-and-natural-resources-committee-water-and-power-subcommittee.html League of Conservation Voters] For the , , a conservative group dedicated to environmental causes, issued Murkowski a rating of 2%, noting that in 2006 she voted: [ [http://www.rep.org/scorecard.html Republicans for Environmental Protection 2006 Scorecard] ]
*against S.C. Resolution 83, intended to bolster energy security and lower energy-related environmental impacts
*against an amendment to S. 728 which would make the more accountable for the environmental and economic impacts of their projects
*for in ANWR
*for offshore oil and gas drilling.

Most Democrats and some moderate Republicans oppose Arctic oil drilling because of concerns about environmental damage. Murkowski believes that recent technological developments make it possible to drill without incurring such damage. [http://murkowski.senate.gov/public/index.cfm?FuseAction=IssueStatements.View&Issue_id=8160a71d-9c6e-945]

On December 14, 2007, the Senate passed an energy bill that, among other things, encourages the use of renewable fuels. The legislation, which Murkowski supported, raises the renewable fuels standard to require the production of 36 billion gallons of biofuels by 2022, compared to the current production of about 7 billion gallons a year. [http://murkowski.senate.gov/public/index.cfm?FuseAction=PressOffice.PressReleases&ContentRecord_id=1282b02e-d425-4ebf-b2cd-c1b6285fb926&Region_id=&Issue_id=]