Conflict thesis
For a socio-historical theory with a similar name, see Conflict theory. 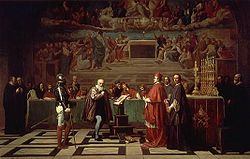 The conflict thesis proposes an intrinsic intellectual conflict between religion and science. The original historical usage of the term denoted that the historical record indicates religion’s perpetual opposition to science. Later uses of the term denote religion’s epistemological opposition to science. Also denominated as the Draper–White Thesis, the Warfare Thesis, and the Warfare Model, the conflict thesis interprets the relationship between religion and science as inevitably leading to public hostility, when religion aggressively challenges new scientific ideas — as in the Galileo Affair (1614–15).

The historical conflict thesis was a popular historiographical approach in the history of science during the late 19th and early 20th centuries, but in its early form is mostly discarded.[1][2][3] Despite that, the conflict thesis remains a popular view among the general public[4] and has been recently publicized by the success of Richard Dawkins' The God Delusion and other popular books associated with the "New Atheist" movement. 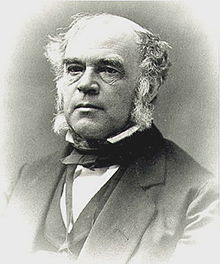 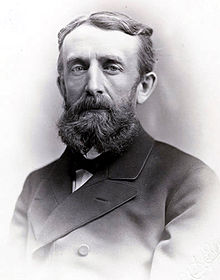 The scientist John William Draper and the intellectual Andrew Dickson White were the most influential exponents of the Conflict Thesis between religion and science. In the early 1870s, Draper was invited to write a History of the Conflict between Religion and Science (1874), a book replying to contemporary papal edicts such as the doctrine of infallibility, and mostly criticising the anti-intellectualism of Roman Catholicism, [5] yet he assessed that Islam and Protestantism had little conflict with science. Draper’s preface summarises the conflict thesis:

The history of Science is not a mere record of isolated discoveries; it is a narrative of the conflict of two contending powers, the expansive force of the human intellect on one side, and the compression arising from traditionary faith and human interests on the other.[6]

In 1896, White published the History of the Warfare of Science with Theology in Christendom, the culmination of thirty years of research and publication on the subject, addressing the restrictive, dogmatic forms of Christianity. In the introduction, White emphasized he arrived at his position after the difficulties of assisting Ezra Cornell in establishing a university without any official religious affiliation. In The Popes and Science; the History of the Papal Relations to Science During the Middle Ages and Down to Our Own Time (1908), [7] a book dedicated to Pope Pius X, the historian of medicine, James Joseph Walsh, M.D., criticized White’s scientific perspective as anti-historical:

. . . the story of the supposed opposition of the Church and the Popes and the ecclesiastical authorities to science in any of its branches, is founded entirely on mistaken notions. Most of it is quite imaginary. Much of it is due to the exaggeration of the significance of the Galileo incident. Only those who know nothing about the history of medicine and of science continue to harbor it. That Dr. White’s book, contradicted as it is so directly by all serious histories of medicine and of science, should have been read by so many thousands in this country, and should have been taken seriously by educated men, physicians, teachers, and even professors of science who want to know the history of their own sciences, only shows how easily even supposedly educated men may be led to follow their prejudices rather than their mental faculties, and emphasizes the fact that the tradition that there is no good that can possibly come out of the Nazareth of the times before the reformation, still dominates the intellects of many educated people who think that they are far from prejudice and have minds perfectly open to conviction. . . .[8]

In God and Nature (1986), David Lindberg and Ronald Numbers report that "White's Warfare apparently did not sell as briskly as Draper's Conflict, but in the end it proved more influential, partly, it seems, because Draper's strident anti-Catholicism soon dated his work and because White's impressive documentation gave the appearance of sound scholarship".[9] During the 20th century, historians’ acceptance of the Conflict Thesis declined until rejected in the 1970s, David B. Wilson notes:

Despite the growing number of scholarly modifications and rejections of the conflict model from the 1950's . . . in the 1970s leading historians of the nineteenth century still felt required to attack it. . . . Whatever the reason for the continued survival of the conflict thesis, two other books on the nineteenth century that were published in the 1970s hastened its final demise among historians of science. . . 1974. . . Frank Turner. . . Between Science and Religion . . . Even more decisive was the penetrating critique "Historians and Historiography" . . . [by] James Moore . . . at the beginning of his Post-Darwinian Controversies (1979). [10]

Contemporarily, most of the scholarship supporting the Conflict Thesis is considered inaccurate. Biologist Stephen Jay Gould said: "White’s and Draper’s accounts of the actual interaction between science and religion in Western history do not differ greatly. Both tell a tale of bright progress continually sparked by science. And both develop and utilize the same myths to support their narrative, the flat-earth legend prominently among them". [11] In a summary of the historiography of the Conflict Thesis, Colin Russell said that "Draper takes such liberty with history, perpetuating legends as fact that he is rightly avoided today in serious historical study. The same is nearly as true of White, though his prominent apparatus of prolific footnotes may create a misleading impression of meticulous scholarship”.[12]

However Gould's stance of Non-overlapping magisteria has been strongly criticized by Dawkins among others, who asks "If science cannot answer any ultimate question, what makes anybody think that religion can?"[13] Dawkins also challenges the Christian belief that human beings have been designed, when he points out that "all appearances to the contrary, the only watchmaker in nature is the blind forces of physics".[14] This line is also taken by Daniel Dennett in his book Darwin's Dangerous Idea.[15]

In Science & Religion, Gary Ferngren proposes a more complex relationship, between religion and science, than that proposed by the Conflict Theory:

While some historians had always regarded the Draper-White thesis as oversimplifying and distorting a complex relationship, in the late twentieth century it underwent a more systematic reevaluation. The result is the growing recognition among historians of science that the relationship of religion and science has been much more positive than is sometimes thought. Although popular images of controversy continue to exemplify the supposed hostility of Christianity to new scientific theories, studies have shown that Christianity has often nurtured and encouraged scientific endeavour, while at other times the two have co-existed without either tension or attempts at harmonization. If Galileo and the Scopes trial come to mind as examples of conflict, they were the exceptions rather than the rule.[16]

Some contemporary historians of science, such as Peter Barker, Bernard R. Goldstein, and Crosbie Smith propose that scientific discoveries, such as Kepler's laws of planetary motion in the 17th century, and the reformulation of physics in terms of energy, in the 19th century, were driven by religion.[17] Religious organizations and clerics figure prominently in the broad histories of science, until the professionalization of the scientific enterprise, in the 19th century, led to tensions between scholars taking religious and secular approaches to nature.[18] Even the prominent examples of religion’s anti-intellectualism, the Galileo affair (1614) and the Scopes trial (1925), were not pure instances of conflict between science and religion, but included personal and political facts in the development of each conflict.[19]

Science and religion are incompatible in the same sense that the serious pursuit of knowledge about reality is incompatible with bullshit.... Religion makes smart people do stupid things, and scientists do not like stupid. [20]

The historian of science Ronald Numbers relates that, unlike among science historians, the theory of a historical, intrinsic and inevitable anti-intellectual conflict between (Judeo-Christian) religion and science remains popular among the general public, some scientists, and some clerics, and is fanned by current issues like the creation–evolution controversy, stem cell controversy, and birth control.[21] Some scholars, such as Brian Stanley and Denis Alexander, propose that the media are among those responsible for perpetuating the Conflict Theory of hostile relations between religion and science, [22] and the persistence in the popular public mind of "the warfare of science and religion" resulting in such things as medieval people believing that the Earth was flat, was first propagated when the conflict thesis originated.[23] David C. Lindberg and Numbers point out that “there was scarcely a Christian scholar of the Middle Ages who did not acknowledge Earth's sphericity and even know its approximate circumference".[23][24] Statements like "the Church prohibited autopsies and dissections during the Middle Ages", "the rise of Christianity killed off ancient science", and "the medieval Christian church suppressed the growth of the natural sciences", are cited by Numbers as other examples of widely popular myths that still pass as historical truth, even though they are not supported by current historical research.[21]