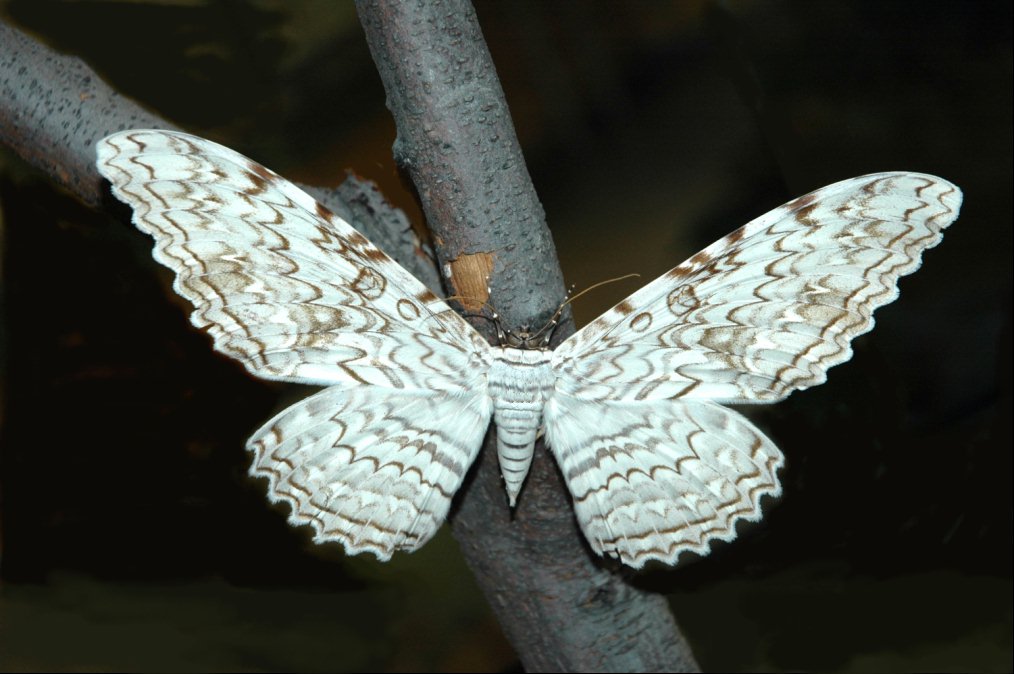 "Thysania agrippina", known by names such as the White Witch moth, the Birdwing Moth, Ghost Moth, Great Grey Witch or Great Owlet Moth, is a large in the family. It has a wingspan of up to 12 inches (31 cm), making it the n with the biggest wingspan. (The , however, has a greater wing area.) The White Witch is found in Mexico, Central and South America, but it appears as a stray as far north as Texas.

This species is considered endangered in the state of , , where it reaches the southern limit of its distribution.

No confirmed rearing records are available for this species. Based on reports for sister species "" that feeds on "" and "", the larval host plants for the White Whitch are probably also woody (subfamily ). The larva illustrated by (1647-1717) as "Thysania agrippina" is a , possibly "" or "".