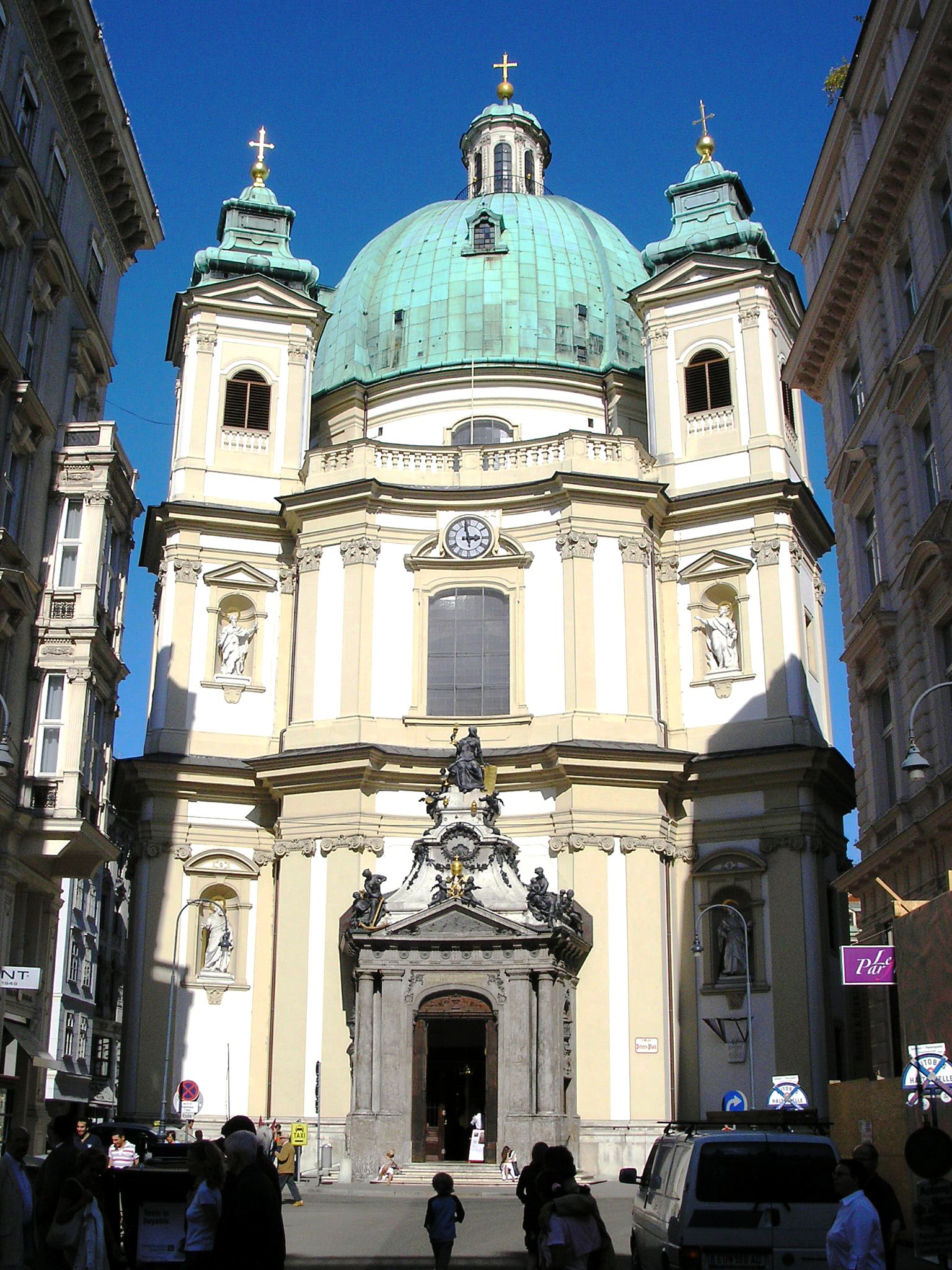 caption=Peterskirche (as seen from the Graben)
location=,
geo = coord|48|12|33.7|N|16|22|10.4|E|display=inline
religious_affiliation=
district=
consecration_year=1733
status= Church The Peterskirche (English: "St. Peter's Church") in is a church with a long and eventful history. The Peterskirche was transferred in 1970 by the Franz Cardinal König to the priests of the