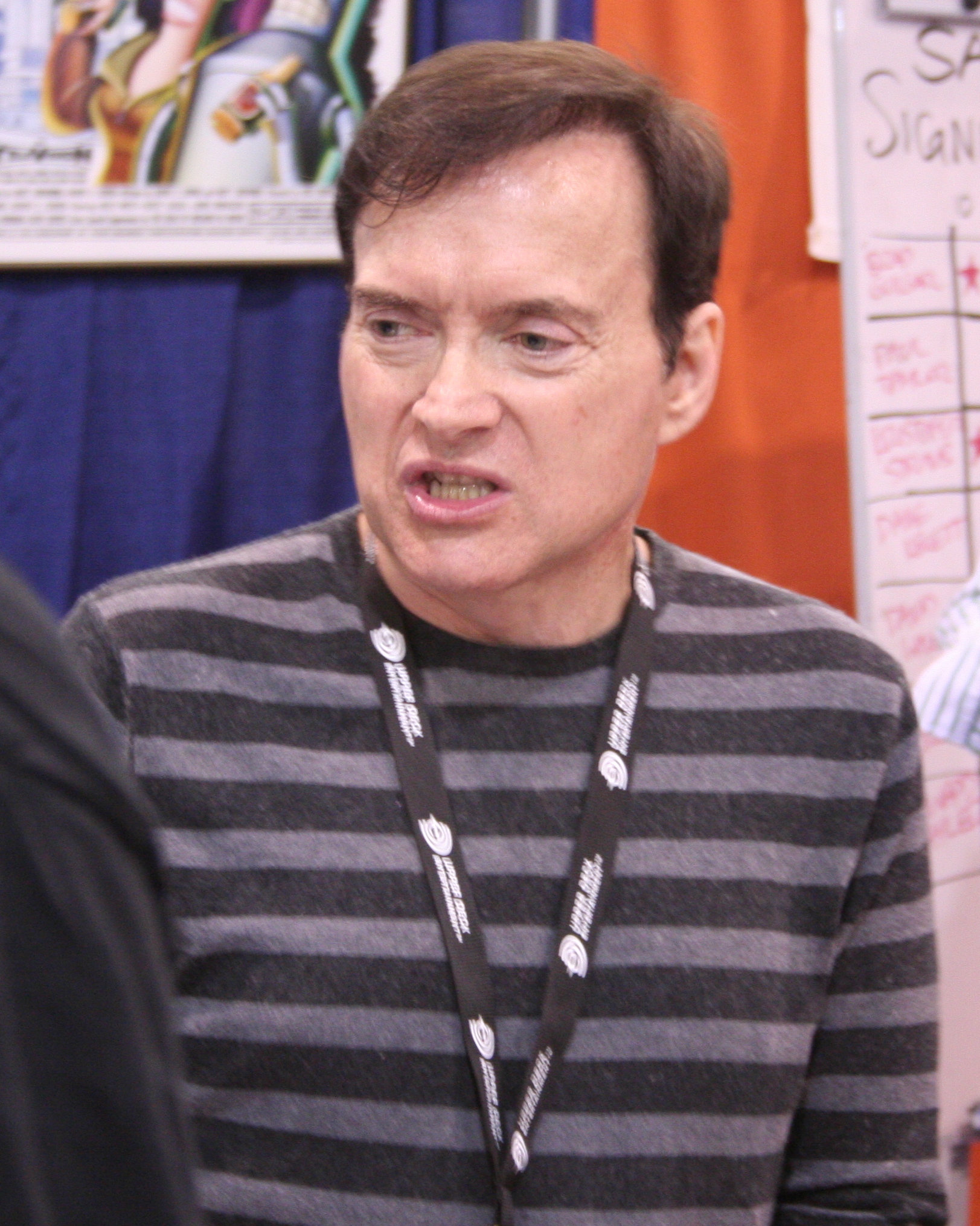 West has been in television since the late 1980s. His first role was for the 1988 revived version of "". West's first two high-profile roles came almost simultaneously: "Doug" and "Ren & Stimpy", which were two of the first original three (the other being ""). Over his career West has been the voice talent for close to 120 different characters including some of the most iconic animated figures in television history. He (along with ) has become one of few voice actors who can impersonate in his prime, including characterizations of , , and other characters from cartoons. West's favorite characters are those he originated: and Stimpy.

West provided the voice of in Nickelodeon's "" from 1991 until 1996, and he provided the voice of Ren from 1993-1996 (after Ren's original voice and series creator was fired by Nickelodeon). West performed other characters on the series as well, such as Mr. Horse (another role that West assumed after Kricfalusi's departure) and the "Announcer/Salesman" of such shorts as the "Log" ads (a voice West would years later use as the Narrator for "").

According to West, he was originally supposed to do the voice of both Ren and Stimpy (and performed both characters on the tape that was used to sell the show to Nickelodeon), but then Kricfalusi chose instead that he would voice Ren. [ [http://www.tvsquad.com/2006/06/15/billy-west-the-tv-squad-interview/ TVsquad.com interview (20th question)] Accessed January 29, 2007] However, West provided Ren's maniacal laughter when John Kricfalusi was the voice of Ren.

West was the voice of the show's namesake, "Geeker" throughout "Project Geeker"'s 13 episode run.

Billy West's roles in "Futurama" include , , and , as well as various other incidental characters. As he and other "Futurama" cast and crew point out in commentaries, West spoke to himself quite often during recording.

West went into the "Futurama" auditions and tried out for, as he says, "just about every part"; [ [http://www.tvsquad.com/2006/06/15/billy-west-the-tv-squad-interview/ TVsquad.com interview (31st question)] Accessed January 29, 2007] eventually landing the professor, Zoidberg, and Zapp Brannigan. It wasn't until some casting changes were made that West got the part of Fry, which originally had gone to . [ [http://movies.ign.com/articles/652/652770p1.html IGN.com interviews Billy West (3rd question)] Accessed January 29, 2007] While West is known for doing many different and unique voices, the voice he does for Philip J. Fry is often considered to be closer to his natural voice than any other character he has done (In an audio commentary, he states Fry is just himself at age 25). This similarity, West acknowledges, was done purposefully in order to make it harder to replace him in the part. [ [http://www.tvsquad.com/2006/06/15/billy-west-the-tv-squad-interview/ TVsquad.com interview (32nd question)] Accesed March 10, 2007]

The part of Zapp Brannigan was created for , but he was murdered before the show started and West assumed the role. West has described his interpretation of Zapp Brannigan's voice as an imitation of Hartman, but described the actual vocalizations of the character as being based on old-time radio announcers. [ [http://www.tvsquad.com/2006/06/15/billy-west-the-tv-squad-interview/ TVsquad.com interview (59th question)] Accessed January 29, 2007] However, West has contradicted himself somewhat in other interviews in saying that he was not, in fact, imitating Hartman. [ [http://movies.ign.com/articles/652/652770p1.html IGN.com interviews Billy West (2nd page, 1st question)] Accessed January 29, 2007]

"Futurama" has been renewed by for at least 16 new episodes [ [http://www.tvsquad.com/2006/06/22/new-episodes-of-futurama-coming-to-comedy-central-for-real/ TVsquad.com article on Futurama's return] ] broken into four movies, the first of which is "". West is confirmed to reprise his original roles.

West was the voice of in the original pilot for Nickelodeon's "".

Perhaps West's most notable film work came in the 1996 movie "". Starring alongside , West provided the voice of both and . West reprised the roles of Bugs and Fudd in subsequent films and even returned as Fudd in the theatrically-released "".

In 1998, West starred in the film "" as Shaggy, becoming the second person to portray the character (the first being ).

Throughout the 1980s, Billy West provided character voices on 's "Big Mattress" radio show on Boston's . West was also one half of the award winning WBCN Production team (with Boston radio vet Dave Wohlman) from 1981-1983.

On and 20, , "The Howard Stern Show" ran a special two-part retrospective of West's work with the show. It marked his first work with the show since leaving after his last show on , . West has since claimed that he left the Stern show because / management refused to give him a sufficient pay raise.

Billy West was the announcer of the program "" which ran from 1999-2001. He was also the promotional announcer for The Comedy Channel before it merged with HA! to become Comedy Central.

Over his career, Billy West has voiced multiple characters in television commercials.

West's talents have also extended into the realm of s. Characters most notably voiced by West are perhaps Bugs Bunny and Elmer Fudd in numerous Looney Tunes video games.

In 1982, West sang lead, doing an impersonation of , on a -inspired tune, "Another Cape Cod Summer This Year," by studio band ROUTE 28, written and produced by on his Arf! Arf! Records label.Fact|date=June 2008

West also sang on a song from a WBCN limited release with called "Christmas in Kenmore Square".Fact|date=June 2008

He also s on the "Space Jam" soundtrack as Bugs Bunny.

West appears as , and as the on the album "" There are fake "outtakes" from a Three Stooges Christmas recording session, where they attempt to record "" intercut with tracks of Christmas tunes. The last track, entitled "One More Try", features the recording engineer ruining the tape and asking if the boys can come back and do it again.Fact|date=June 2008

West revealed on the , edition of "" that he was diagnosed with . He said it was the scariest moment of his life, especially since he considered himself a healthy person. West had surgery to eliminate the cancer, and the crew of the show commented on how good he looked, considering that the surgery had taken place only two weeks prior. [ [http://adamradio.wordpress.com/2006/10/04/adam-with-billy-west-tommy-la-sorta-and-dimitri-martin/ The Adam Carolla Show Blog] . Accessed November 1, 2006.]

Billy West is also a vegan.

* "I pretty much felt I did all that I could with the character. I was ready to move on to different projects and opportunities." -On why he didn't continue voicing Doug Funnie when the show moved to ABC and became "".
* "I didn't even tell my mom about this junk until I was out of the woods. The whole thing just sneaked up on me but never, ever did I play the victim or bemoan my fate. Life is for the living. I was a little scared before surgery 'cause of the release you sign that says there's always a very small percent chance that you'll die during the operation." - On his scare with prostate cancer. [http://billywest.com/forum/forum_posts.asp?TID=2981&PN=7&TPN=2 "Posted on October 4, 2006 by Billy West"] in his [http://billywest.com/forum "fan forum"] .
* "I hate the picture of myself on my page. Looks like I'm angry or something. Yes, I do regularly read my own Wikipedia article." [ [http://adamradio.wordpress.com/2006/10/04/adam-with-billy-west-tommy-la-sorta-and-dimitri-martin/ The Adam Carolla Show Blog] . Accessed November 1, 2006.]