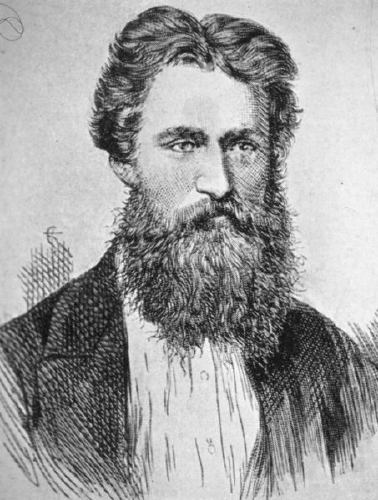 George Smith ( , &ndash; , ), was a pioneering English Assyriologist who first discovered and translated the "", the oldest-known written work of literature.

Smith was naturally talented, but since he'd been born the son of a working-class family in Victorian England, his ability to move upward and gain a formal education was limited. [Damrosch, pp.12-15] At fourteen, Smith was apprenticed to a printing firm to learn engraving, in which he excelled. In his spare time, however, he became fascinated with Assyrian culture and history, reading everything that was available. His interest was so keen that while working at the print shop to support his wife and children, he spent his lunch hours at the , studying the cuneiform tablets that were first unearthed near Mosul by and his Iraqi assistant Hormuzd Rassam during an archeological expedition in 1840 and then brought back from the Middle East to the British Museum where they were made available to the public on a limited scale.

Smith soon became more knowledgeable about cuneiform than the museum staff and he was brought to the attention of leading Assyrian scholar of the day Henry Rawlinson. Smith then made his first important discovery, the date of the payment of the by , king of Israel, to . Sir Henry suggested to the trustees of the Museum that Smith should join him in the preparation of the third and fourth volumes of "The Cuneiform Inscriptions of Western Asia". ["The cuneiform inscriptions of Western Asia" IV, London 1861 and III, London, 1870] In 1867, Smith was appointed assistant in the Assyriology Department.

The earliest of Smith's successes was the discovery of two inscriptions, one fixing the date of the total eclipse of the sun in the month in May 763 BC, and the other the date of an invasion of by the in 2280 BC.

In 1871, Smith published "Annals of Assur-bani-pal" transliterated and translated, and communicated to the newly-founded a paper on "The Early History of ," and an account of his of the Cypriote inscriptions.

In 1872, Smith achieved world-wide fame by his translation of the Chaldaean account of the Great Flood, which he read before the on and whose audience included the Prime Minister , the only known instance of a serving British Premier ever attending a lecture on Babylonian literature.

This work is better known today as the final chapter of the "", the oldest known work of literature in the world, for which Smith is now popularly and justly famed as the discoverer. The following January, , the editor of "", arranged for Smith to go to at the expense of that newspaper, and carry out excavations with a view to finding the missing fragments of the Flood story. This journey resulted not only in the discovery of some missing tablets, but also of fragments that recorded the succession and duration of the Babylonian dynasties.

In November 1873, Smith again left England for , for a second expedition, this time at the expense of the Museum, and continued his excavations at the tell of Kouyunjik (Nineveh). An account of his work is given in "Assyrian Discoveries", published early in 1875. The rest of the year was spent in fixing together and translating the fragments relating to the creation, the results of which were published in "The Chaldaean Account of Genesis" (1880, co-written with ).

In March, 1876, the trustees of the British Museum sent Smith once more to excavate the rest of 's library. At , a small village about sixty miles northeast of , he fell ill with . He died in Aleppo on . He left a wife and several children, to whom a small annuity of 150 pounds was granted by the Queen.