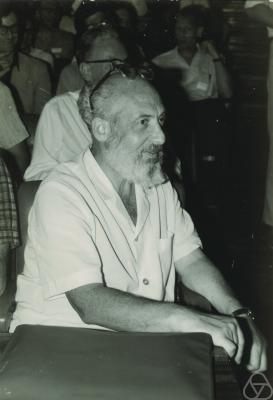 Samuel Eilenberg (, —, ) was a Polish and American of Jewish descent. He was born in , (now in ) and died in , USA, where he had spent much of his career as a professor at .

He earned his from in 1936. His thesis advisor was . His main interest was . He worked on the axiomatic treatment of with (whose names the bear), and on with . In the process, Eilenberg and Mac Lane created .

Eilenberg took part in the Bourbaki group meetings, and, with , wrote the 1956 book "Homological Algebra", which became a classic.

Later in life he worked mainly in pure , being one of the founders of the field. The (or "telescope") is a construction applying the idea to s.

Eilenberg also wrote an important book on . The , a form of automaton, was introduced by Eilenberg in 1974.