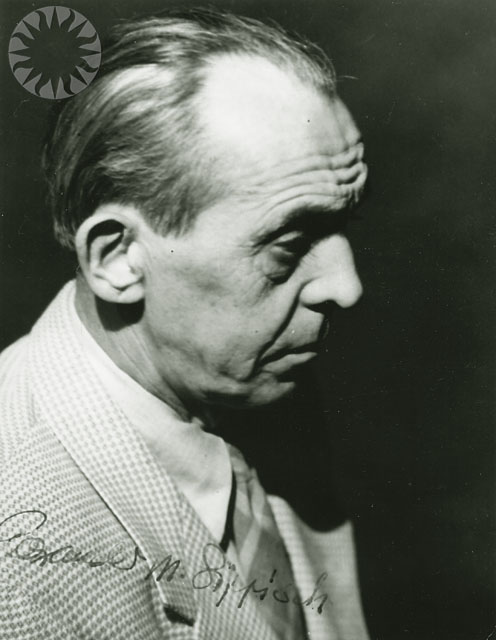 Alexander Martin Lippisch (, – , ) was a German pioneer of . He made important contributions to the understanding of s, s and the . His most famous design is the rocket-powered interceptor.

Lippisch was born in , . He later recalled that his interest in aviation stemmed from a demonstration conducted by Orville Wright, over Tempelhof Field in , in September 1909. [ [http://www.centennialofflight.gov/essay/Wright_Bros/Military_Flyer/WR11G1.htm Wright Flyer over Templehoff] ] Nonetheless, he planned to follow his father’s footsteps into art school. The outbreak of intervened. During his service with the German Army from 1915–1918, Lippisch had the chance to fly as an aerial photographer and mapper.

Following the war, Lippisch worked with the Zeppelin Company, and it was at this time that he first became interested in tail-less aircraft. In 1921 his first such design would reach production in as the glider, built by . This was the beginning of a research programme that would result in some fifty designs throughout the 1920s and 1930s. Lippisch’s growing reputation saw him appointed the director of the (RRG), a glider research group.

Lippisch’s work led to a series of tail-less designs numbered Storch I – Storch IX between 1927 and 1933 (these were not related to the successful Fieseler Fi 156 Storch STOL aircraft of WW2). These designs attracted little interest from the government and private industry. Nonetheless, it was during this time that Lippisch’s ("Duck") became the first aircraft to fly under power.

Experience with the Storch series led Lippisch to concentrate increasingly on delta-winged designs. This interest resulted in five aircraft, numbered Delta I – Delta V, which were built between 1931 and 1939. In 1933, RGG had been reorganised into the "Deutsche Forschungsanstalt für Segelflug" (DFS — "German Institute for Sailplane Flight") and the Delta IV and Delta V were designated as the and respectively.

In early 1939, the "Reichsluftfahrtsministerium" (RLM — “Reich Aviation Ministry”) transferred Lippisch and his team to work at the factory, in order to design a high-speed around the rocket engines then under development by . The team quickly adapted their most recent design, the , to rocket power, the first example successfully flying in early 1940. This was the direct ancestor of what would become the Messerschmitt Me 163 "Komet".

Although technically novel, the Komet did not prove to be a successful weapon, and friction between Lippisch and Messerschmitt was frequent. In 1943, Lippisch transferred to Vienna’s "Luftfahrtforschungsanstalt Wien" (LFW), to concentrate on the problems of high-speed flight. That same year, he was awarded a doctoral degree in engineering by the .

research in 1939 had suggested that the delta wing was a good choice for flight, and Lippisch set to work designing a supersonic, -powered fighter, the . [http://www.youtube.com/watch?v=MvtxjSrImHw wartime test footage] By the time the war ended, however, the project had only advanced as far as a development glider, the DM-1.

Like many German scientists, Lippisch was taken to the after the war under . Advances in jet engine design were making Lippisch's ideas more practical, and became interested in a hybrid jet/rocket design which they proposed as the F-92. [http://www.wpafb.af.mil/museum/research/fighter/f92.htm] In order to gain experience with the delta wing, they first built a jet powered test aircraft, the 7003, which became the first powered delta-wing aircraft to fly. Although the lost interest in the F-92, the 7003 was designated the which gave Convair experience with the delta-wing design. This led them to proposing it for most of their projects through the 1950s and into the 1960s, including the , and .

From 1950–1964 Lippisch worked for the in , which had an aeronautical division. It was during this time that his interest shifted toward ground effect craft. The results were an unconventional aircraft (an ) and an aerofoil boat. However, Lippisch contracted , and resigned from Collins.

When he recovered in 1966, he formed his own research company, , and attracted the interest of the West German government. Prototypes for both the aerodyne and the ground-effect craft were built, but no further development was undertaken. The Kiekhaefer Mercury company was also interested in his ground-effect craft and successfully tested one of his designs as the Aeroskimmer, but also eventually lost interest.

Other Aircraft Designed by Lippisch

* , designed as a competitor to the Komet.
* , a tailless airplane designed as a competitor to the
* , designed to compete with the Horten Ho-IX; the latter went on to become the Horten (Gotha) Ho-(Go-)229.
* , a unique delta-winged, ramjet-powered interceptor.
* , a unique airplane powered by a rotating fuel-table of lignite, owing to the fuel shortages late in World War 2 in Germany.
* , a development of the Messerschmitt Me-163 Komet.