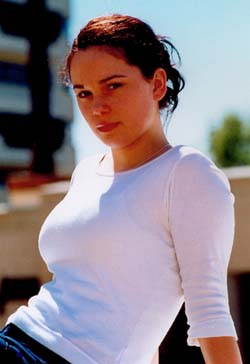 Ella Wilks (born , in ) is a New Zealander actress who is best known from her role as Danni in the sci-fi TV series The Tribe, in addition to that she appeared on an episode of The Strip and was in many documentaries and theatre productions.