President of the European Council

President of the European Council

] as there is no clear idea of how the post would evolve. One body of thought is the President would stick to the administrative role as outlined by the treaty, a standard bearer who would simply chair meetings and ensure the smooth running of the body and its policies. This would attract semi-retired leaders seeking a fitting climax to their career and would leave most work to the civil service rather than wield power within the institutions.

However another opinion would see a more pro-active President within the Union and speaking for it abroad. This post would hence be quickly fashioned into a "de facto" "President of Europe" and, unlike the first model, would be seen on the world stage as speaking for the EU. Persons connected to this position would be more charismatic leaders.

The doesn't define a nomination process for the President of the Council. Candidates are discussed as politicians bring them into play. At the final Council meeting on the in Lisbon, on 19 November 2007, French President Nicolas Sarkozy set off public speculation on candidates by naming and , and praising both as worthy candidates,

Irish Prime Minister 's reputation for economic turnaround and as a proven peacemaker may help Ahern become a viable candidate for the post of European Union president, a job set to be created next year. The former of has been mentioned numerous times for the role. [cite web|last=Mahony|first=Honor|authorlink= |coauthors= |title=Ireland speculates on Ahern becoming EU president|work= |publisher=EU Observer|date=|url=http://euobserver.com/9/24634|format= |doi= |accessdate=2007-07-12] Major Bet 24, puts the odds of Ahern filling the role at 10-1. [ [http://www.bloomberg.com/apps/news?pid=newsarchive&sid=ap6YmEau3RRA Bloomberg.com: News ] ] Several highlights of his tenure that could help his candidacy include:

* Economy - Ahern helped the Irish economy more than double in size. [ [http://www.teagasc.ie/publications/2004/20040330/paper03.htm Teagasc - Population And Agricultural Change In Rural Ireland, 1991 To 2002 ] ] [ [http://www.heritage.org/research/worldwidefreedom/bg1945.cfm How Ireland Became the Celtic Tiger ] ] His term in office has been recognized as a period of economic growth in Ireland, known as the . Increased prosperity and a better standard of living were the main results of the Celtic Tiger economy, alongside low levels of unemployment. [ [http://www.esri.ie/irish_economy/ Irish Economy ] ]

* Peace - Ahern worked to settle a conflict that spanned three decades and claimed about 3,500 lives. He helped negotiate the , commonly called the Good Friday Agreement, in which the British and Irish Governments and most Northern Irish political parties established an "exclusively peaceful and democratic" framework for power-sharing in .

* European experience - His 2004 Presidency of the European Council, during which he brought EU leaders together to agree a European Constitution, there was recovery in EU-US relations, and the EU formally admitted 10 new members.

* Crisis handling - His reaction to the 2001 Foot & Mouth Disease Crisis resulted in only a handful of cases reported in Ireland and the government was praised for their intervention. [ [http://news.bbc.co.uk/2/hi/europe/1191046.stm BBC News | EUROPE | Foot-and-mouth in Europe ] ]

Mr Ahern's resignation as Taoiseach in May 2008 was prompted by ongoing investigations by a tribunal of inquiry into financial irregularities surrounding the former Taoisech, many of which date to the early 1990s. Though Mr Ahern insists he has not received any corrupt payments at any time, the investigation continues. There may be a reluctance in some European countries to support the candidacy of someone who may become embroiled in further investigations during his term. [ [http://news.bbc.co.uk/2/hi/europe/7371840.stm BBC NEWS | Europe | A 'George Washington' for Europe ] ]

The former has also been mentioned. Blair was one of the architects of a permanent president

, Blair's successor as British Prime Minister, expressed his belief that Blair would make an excellent President. However, he noted it was premature to discuss candidates before the treaty was approved.

In addition, Tony Blair's nomination may be opposed by small states, who believe the large states have enough of their people at the top. An online petition (stopblair.eu) was also set up against Blair's candidacy. Diplomats and leading politicians in a number of states are opposing him.

In France, Blair faces opposition from the French Socialist Party,

A spokesman for Tony Blair has not ruled out Blair accepting the post, saying he was concentrating on his current role in the Middle East

The following month it was reported that Blair was warming to the idea, so long as the job was not to be dominated by chairing meetings and brokering deals, as formally outlined by the treaty. Reports also said that Blair would take the job only if "it comes with real powers to intervene in defense and trade affairs" [cite web|title=I'll be president of Europe if you give me the power - Blair|work= |publisher=|date=|url=http://www.guardian.co.uk/uk/2008/feb/02/world.politics|format= |accessdate=2008-02-14] Under the treaties, these areas are the prerogatives of the , Council and High Representative.

Reports from early May indicated that Blair had lost the support of Sarkozy, as well, thus most likely barring him from getting the post [ [http://news.bbc.co.uk/2/hi/uk_news/7386891.stm BBC NEWS | UK | Sarkozy 'non' to Blair presidency ] ] even though, in a July 2008 poll, he is the candidate most supported by European businesses to take the role. [ [http://euobserver.com/9/26562 Business favours Blair as EU president] ]

A second oft-mentioned name for the first full-time President is the current PrimeMinister of Luxembourg, . Supporters see Juncker as experienced in EU negotiations and committed to European integration, and a guarantor for small member states.

Juncker is seen as a key mediator in the agreement over the , and the main author of its parts on the

During the drafting of the failed , Juncker has been a leading opponent of the creation of a strong full-time Council President, and was thus instrumental in "massively clipping the wings"

The European Council agreed on the final draft of the successor of the failed Constitution, the , on 19 October 2007. The same day, French President Nicolas Sarkozy brought up Juncker's name again in public. Juncker would reportedly enjoy the support of many national governments, as well as the Christian Democrats and , the faction leader of the Socialists in the

French President Sarkozy's open endorsement of Blair in January 2008 led some politicians to come out with their endorsement for Juncker. For the German part of the faction, MEP Werner Langen (EVP-ED/CDU) stated a lack of "European impulses" from Blair, and named Juncker as one of two possibilities

Apart from Sarkozy, no members of national governments came out with clear endorsements in public. However, Juncker has reportedly a wider support than Blair [cite web|title=Name-Dropping Begins for EU's First President|work= |publisher=Der Spiegel|date=|url=http://www.spiegel.de/international/europe/0,1518,531527,00.html|format= |accessdate=2008-02-18] [cite web|last= |first= |title=Blair unlikely to get EU presidency|work= |publisher=Reuters|date=|url=http://uk.reuters.com/article/topNews/idUKL0510239520080205|format= |accessdate=2008-02-18] . He is reportedly favoured by German chancellor

Some commentators even assume that Juncker is French President Sarkozy's real choice, too, and Blair is only a diversion tactic. On 12 February 2008, junior French minister for European affairs declared that the first Council President must come from the Eurozone and must be an "authentic European" who knows the workings of EU institutions, which has been interpreted as a circumscription of Juncker

Possible points against Juncker's candidacy are his potential conflict with leader Barroso, his health, and that he may face opposition from more Eurosceptic member state governments. Those favouring a strong and charismatic Council President also consider Juncker to be drab and not well known. There is also speculation that the two highest-profile candidates in the race, Juncker and Blair cancel each other out. [cite web|last=Waterfield|first=Bruno|title=Stop Blair campaign gathers pace in Europe|work= |publisher=The Telegraph|date=|url=http://www.telegraph.co.uk/news/main.jhtml?xml=/news/2008/02/05/wblair105.xml|format= |accessdate=2008-02-14]

is the current and was named as the top candidate by in May 2008. [citeweb|title=Rasmussen as top candidate for EU Presidency |work= |publisher=|date=|url=http://www.timesonline.co.uk/tol/news/politics/article3876407.ece&refer=europe|format= |accessdate=2008-05-06]

Rasmussen has some problems with the four Danish exceptions, and his worst problem could be that France believes him to be more interested in the job as head of [citeweb|title=Juncker, favori pour présider le Conseil européen |work= |publisher=|date=|url=http://www.lefigaro.fr/international/2008/05/06/01003-20080506ARTFIG00005-juncker-favori-pour-presider-le-conseil-europeen.php|format= |accessdate=2008-05-06]

European Commission President may also be a candidate. Although know to be seeking a second term leading the Commission, he may try for the Council if he believed the job was to be bigger and better.

Commission Vice-President has criticised the fact no women have been proposed, a symptom she claims is due to the behind the scenes selection process going already which is dominated by "old men". She dismisses the absence of female candidates being due to competence, claiming that former Irish President , Finnish President and former Commissioner and MEP are all sound candidates. Wallström claims she is not herself interested in any more high profile jobs. 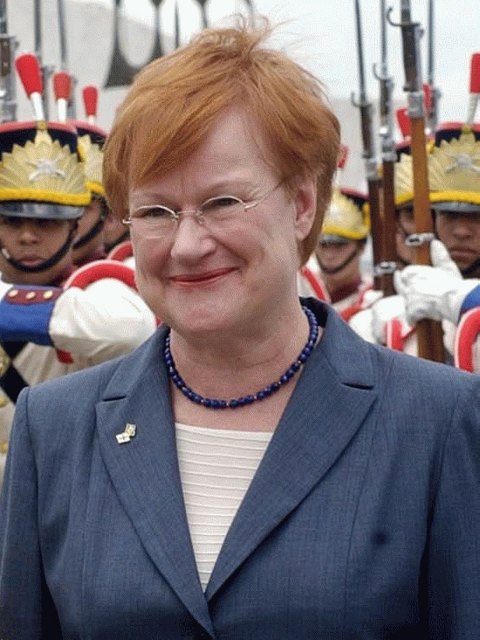