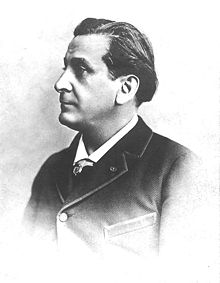 He was born in Paris to a civil servant. After attending the Lycée Saint-Louis he became a clerk in the ministry of war, and won public favour as a poet of the Parnassian school. His first printed verses date from 1864. In 1869 his first play, Le Passant, was received with approval at the Odéon theatre, and later Fais ce que dois (1871) and Les Bijoux de la délivrance (1872), short poetic dramas inspired by the Franco-Prussian War, were applauded.

After holding a post in the library of the senate, Coppée was chosen in 1878 as archivist of the Comédie Française, an office he held till 1884. In that year his election to the Académie française caused him to retire from all public appointments. He was made an officer of the Legion of Honour in 1888.

Coppée was famed as le poète des humbles (the poet of the humble). His verse and prose focus on plain expressions of emotion, patriotism, the joy of young love, and the pitifulness of the poor. He continued to write plays, mostly serious dramas in verse, two in collaboration with Armand d'Artois. The performance of a short episode of the Commune, Le Pater, was prohibited by the government in 1889. Coppée published his first prose work in 1875 and went on to publish short stories, an autobiography of his youth, a series of short articles on miscellaneous subjects, and La Bonne Souffrance, a popular account of his reconversion to the Roman Catholic Church. His conversion was due to a severe illness which twice brought him close to death. He was also interested with public affairs, joining the most violent section of the Nationalist movement (while remaining contemptuous of the apparatus of democracy) and taking a leading part against Alfred Dreyfus in the Dreyfus affair. He was one of the founders of the Ligue de la Patrie Française.

The poet Arthur Rimbaud, a young contemporary of Coppée, published numerous parodies of Coppée's poetry. Rimbaud's parodies were published in L'Album Zutique (in 1871? 1872?). Most of these poems parody the style ("chatty comfortable rhymes" that were "the delight of the enlightened bourgeois of the day") and form (Alexandrine couplets arranged in ten line verses) of some short poems by Coppée (examples can be found in the collection Promenades et Intérieurs). Rimbaud published them under the name François Coppée. 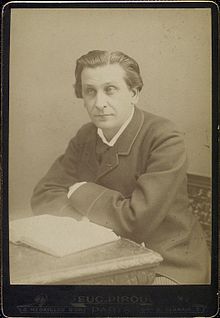 Coppėe early in his career.