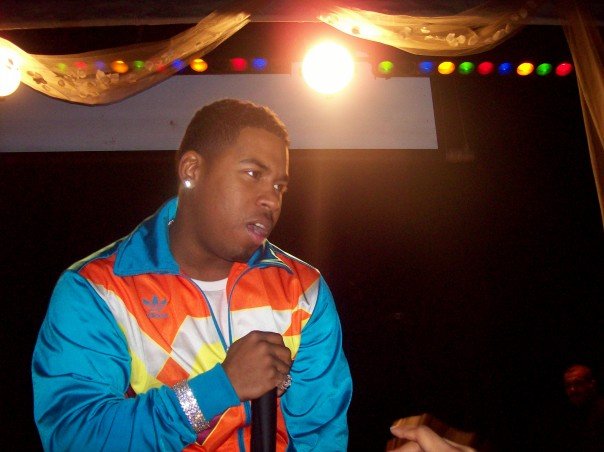 Born in Jackson, , Bobby moved to where he attended . He later returned to his old high school appearing on the debut episode of MTV's [http://www.mtv.com/ontv/dyn/once_upon_a_prom/series.jhtml Once Upon A Prom] , which aired on May 19, 2007. Bobby entered the music scene in 1996 as a member of the youth Mista. Under the production of (TLC’s "Waterfalls"), the group released their self-titled debut album, which produced the chart topping single, "Blackberry Molasses." Unfortunately, the album didn't follow in the same success and despite a second album being produced by , it was never released. Due to management issues the group split in 1997. Bobby later enrolled at majoring in Mass Communication's. While in school, Bobby continued to record in his free time in hopes of one day returning to the stage. [Bobby Valentino, "Def Jam Recordings", 2006, http://www.defjam.com/site/artist_bio.php?artist_id=580, accessed June 25, 2007] He auditioned for the reality-competition show "" during season one, but was booted off. [Mariel Concepcion (March 23, 2007). [http://www.billboard.com/bbcom/news/article_display.jsp?vnu_content_id=1003562038 Valentino Goes Back To The Drawing Board For New CD] "Billboard". Accessed October 7, 2008.]

After graduating in 2003, Bobby decided to focus on music again. Armed with three albums of demos, he set out to pursue his music career dream. The demos reached Poon Daddy who then forwarded them onto and Disturbing Tha Peace president Chaka Zulu, and "the rest is history" as Bobby says. [ [http://www.bobbyvalentino.com/biography/] "bobbyvalentino.com". Accessed September 14, 2008] Soon after being signed as the first artist on Disturbing Tha Peace Records, Bobby was featured on the hit single "," off of Ludacris' multi-platinum selling album "The Red Light District" in 2004. [Bobby Valentino, "Def Jam Recordings", 2006, http://www.defjam.com/site/artist_bio.php?artist_id=580, accessed June 25, 2007]

"Bobby Valentino" was released in the spring of 2005 through and ' label. His first single, "Slow Down", became a top 10 hit on the chart, receiving a large amount of radio and TV airplay. Also in 2005, Bobby joined , , , B5 and on the . After the success of "Slow Down," Bobby released a second single titled "Tell Me (Remix)" featuring . The album's third and final single, "My Angel," was released in the fall of 2005, however it gained little popularity.

Gearing up for the release of his 2007 sophomore effort "Special Occasion", Valentino released the album's first single titled "Turn the Page" with mixed reviews. His second single, "Anonymous" featuring , was released on April 9, 2007. Overall, the album received positive reviews from critics and audiences, and has since been certified gold.

Valentino returned to the studio in late 2007 to begin working on his third album. In January 2008, Valentino announced that he was putting the finishing touches on his upcoming album "Underground Love", that was to be released in Spring 2008.The album's first single titled "Your Smile" featuring was released in early 2008 and the album was scheduled to be released in August or early September 2008. Another single titled "Sexy Girl" was leaked to the internet in anticipation for the new album, however, Valentino's departure from DTP/ and the announcement of his new album "The Rebirth" through /Blu Kolla Dreams, has stalled the project and the concept has since been scrapped.

On April 29, 2008, "Come with Me" was released through digital outlets and featured the single "Another Life". There is a planned sequel to Come with Me that will have 4 to 5 bonus tracks.

In early 2008 Valentino confirmed that he was no longer signed to either Def Jam or Disturbing The Peace during an interview with DJBooth.net. He stated:cquote|"The decision to leave [the label] was totally mine. I sat down with Ludacris and Chaka Zulu, and I explained to them that it was time for me to venture out on my own. They had no problem with it; they are cool with it, no beef at all." Despite "Special Occasion's" gold certification, Valentino was reportedly frustrated with the album's delays and less than expected sales, culminating in his decision to leave the labels. [ [http://www.djbooth.net/index/news/entry/breaking-news-bobby-valentino-no-longer-signed-to-def-jam-0409084/ Bobby Valentino No Longer Signed to Def Jam or Disturbing The Peace] "DJ Booth". Accessed April 9, 2008.] Although business ties have been severed, Valentino maintains positive relationships with CEO Chaka Zulu, Ludacris and the DTP/Def Jam staff.

In July 2008, just 3 months after being dropped from and leaving Disturbing tha Peace Records, Valentino signed a new deal with , which will house his imprint Blu Kolla Dreams. [ [http://singersroom.com/news/entertainment-story-1977.asp Bobby Valentino Set For ‘Rebirth’ With New Label and Album] "singersroom.com". Accessed September 1, 2008.] In regards to the new label Bobby's manager and co-CEO of Blu Kolla Dreams Courtney "Colt Luv" Stewart stated:In addition, Bobby announced the release of a new album titled "The Rebirth". When asked about his powerful new album Bobby stated:The album will be released January 27th 2009. The album's first official single "Beep" featuring was released via iTunes on October 7, 2008. Valentino was also featured on "" from Lil' Wayne's multi-platinum album "."