Thomas Howard, 21st Earl of Arundel KG, (7 July 1585 – 4 October 1646) was a prominent English courtier during the reigns of King James I and King Charles I, but he made his name as a Grand Tourist and art collector rather than as a politician. When he died he possessed 700 paintings, along with large collections of sculpture, books, prints, drawings, and antique jewellery. Most of his collection of marble carvings, known as the Arundelian Marbles, was eventually left to the University of Oxford.

He is sometimes referred as the 2nd Earl of Arundel; it depends on whether one views the earldom obtained by his father as a new creation or not. He was also 2nd or 4th Earl of Surrey, and later, he was created 1st Earl of Norfolk. Also known as 'the Collector Earl'.

Arundel was born in relative penury, his aristocratic family having fallen into disgrace during the reign of Queen Elizabeth I owing to their religious conservatism and involvement in plots against the Queen. He was the son of Philip Howard, 20th Earl of Arundel and Anne Dacre, daughter and co-heiress of Thomas Dacre, 4th Baron Dacre of Gilsland. He never knew his father, who was imprisoned before Arundel was born. 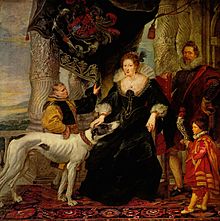 Arundel's great-uncles returned the family to favour after James I ascended the throne, and Arundel was restored to his titles and some of his estates in 1604. Other parts of the family lands ended up with his great-uncles. The next year he married Lady Alatheia (or Alethea) Talbot, a daughter of Gilbert Talbot, 7th Earl of Shrewsbury, and a granddaughter of Bess of Hardwick. She would inherit a vast estate in Nottinghamshire, Yorkshire, and Derbyshire, including Sheffield, which has been the principal part of the family fortune ever since. Even with this large income, Arundel's collecting and building activities would lead him heavily into debt.

During the reign of Charles I, Arundel served several times as special envoy to some of the great courts of Europe. These trips encouraged his interest in art collecting.

In 1642 he accompanied Princess Mary for her marriage to William II of Orange. With the troubles that would lead to the Civil War brewing, he decided not to return to England, and instead settled first in Antwerp and then into a villa near Padua, in Italy. He died there in 1646, having returned to Roman Catholicism he nominally abandoned on joining the Privy Council, and was succeeded as Earl by his eldest son Henry Howard, 22nd Earl of Arundel who was the ancestor of the Dukes of Norfolk and Baron Mowbray. His youngest son William Howard, 1st Viscount Stafford-the ancestor of what was first the Earl of Stafford and later Baron Stafford.

Arundel had petitioned the king for restoration of the ancestral Dukedom of Norfolk. While the restoration was not to occur until the time of his grandson, he was created Earl of Norfolk in 1644, which at least ensured the title would stay with his family. Arundel also got Parliament to entail his earldoms to the descendants of the 4th Duke of Norfolk.

Arundel commissioned portraits of himself or his family by contemporary masters such as Daniel Mytens, Peter Paul Rubens, Jan Lievens, and Anthony Van Dyck. He acquired other paintings by Hans Holbein, Adam Elsheimer, Mytens, Rubens, and Honthorst.

He collected drawings by Leonardo da Vinci, the two Holbeins, Raphael, Parmigianino, Wenceslaus Hollar, and Dürer. Many of these are now at the Royal Library at Windsor Castle or at Chatsworth.

He had a large collection of antique sculpture, the Arundel Marbles mostly Roman, but including some he had excavated in the Greek world, which was then the most important in England, and was later bequeathed to Oxford University. It is now in the Ashmolean Museum.

The architect Inigo Jones accompanied Arundel on one of his trips to Italy 1613-14, a journey which took both men as far as Naples. In the Veneto Arundel saw the work of Palladio which was to become so influential to Jones's later career. Soon after the latter's return to England he became Surveyor to the King's Works.