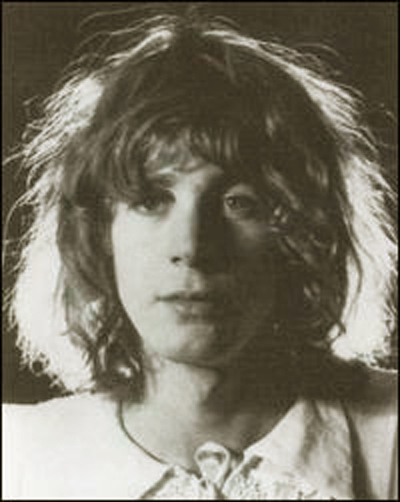 
Kevin Ayers (born in Herne Bay, ) [ [http://www.guardian.co.uk/music/2003/jul/04/artsfeatures The Guardian-4 July 2003] ] is an English and major influential force in the English movement. wrote in his autobiography that "Kevin Ayers' talent is so acute you could perform major eye surgery with it." [ Margrave of the Marshes, John Peel & Sheila Ravenscroft, Bantam Press, 2005. ISBN 0-593-05252-8 ]

Ayers was a founding member of the pioneering psychedelic band in the late 1960s, and was closely associated with the . [ Turn On Your Mind: Four Decades of Great Psychedelic Rock (Hal Leonard 2003) ISBN-10: 0634055488 ]

Ayers is the son of maverick producer [ [http://www.users.globalnet.co.uk/~marwak/archive/independent%2010%20sept%2007.htm The Independent-10 Sept 2007] ] , but following his parents' split and his mother's subsequent marriage to a British Civil Servant, Ayers spent most of his in [ [http://entertainment.timesonline.co.uk/tol/arts_and_entertainment/music/article2350710.ece The Sunday Times-2 Sept 2007] ] . The tropical atmosphere and unpressured lifestyle had an impact, and one of the frustrating and endearing aspects of Ayers' career is that every time he seemed on the point of success, he would take off for some sunny spot where good and food were easily found. [ “Is This Man A Dipso?” by Nick Kent (NME Aug 31, 1974) ]

Ayers returned to England at the age of twelve, and in his early years took up with the burgeoning s' scene in the Canterbury area. He was quickly drafted into the [ Soft Machine: Out-Bloody-Rageous by Graham Bennett (SAF Publishing 2005)] , a band that featured and , as well as future members of Caravan. Ayers has stated in interviews that the primary reason he was asked to join was that he probably had the longest hair. However, this prompted him to start writing songs and singing.

The Wilde Flowers morphed into with the addition of Mike Ratledge and . Ayers switched to bass, (and later both guitar and bass following Allen's departure from the group), and shared vocals with the . The contrast between Ayers' baritone and Wyatt's reedy tenor, plus the freewheeling mix of rock and influences, made for a memorable new sound that caught on quickly in the psychedelic 1960s. The band often shared stages (particularly at the ) with 's [ [http://www.telegraph.co.uk/arts/main.jhtml?xml=/arts/2007/08/30/bmayers130.xmlThe Telegraph-30 Aug 2007] ] . They released their debut single '' / 'Feelin' Reelin', Squeelin' in February 1967, making it one of the first recordings from the new British psychedelic movement. [ [http://entertainment.timesonline.co.uk/tol/arts_and_entertainment/music/article2350710.ece The Sunday Times-2 Sept 2007] ] Their debut album, "The Soft Machine," was recorded in the USA for ABC/Probe and released in 1968. It is considered a classic of the genre. [ [http://wm03.allmusic.com/cg/amg.dll?p=amg&sql=10:k9fuxqu5ldke Allmusic by John Bush] ]

After an extensive tour of the United States opening for , a weary Ayers sold his white Fender Jazz bass to [ Joy of a Toy notes by Martin Wakeling (EMI Sept 2006) ] and retreated to the beaches of in Spain with to recuperate. While there, Ayers went on a songwriting binge that resulted in the songs that would make up his first album, "". The album was one of the first released on the new Harvest label, along with Pink Floyd's releases. "Joy of a Toy" established Ayers as a unique talent with music that varied from the circus march of the title cut to the pastoral "Girl on a Swing," and the ominous "Oleh Oleh Bandu Bandong", based on a Malaysian folksong. Ayers' colleagues from Soft Machine backed him, with the addition on some cuts of Rob Tait, sometime Gong drummer.

One interesting product of the sessions was the single, "Religious Experience (Singing a Song in the Morning)", early recordings of which featured Ayers' close friend on guitar and backing vocals. [ Joy of a Toy notes by Martin Wakeling (EMI Sept 2006) ] The lead guitar that appears on the final mix was often thought to have been played by Barrett, even appearing on various Barrett bootlegs, but Ayers has said that he played the solo, emulating Barrett's style. However the 2004 reissue of "Joy of a Toy" includes a mix of this song featuring Barrett's guitar as a bonus track.

A second album, "Shooting at the Moon", soon followed. For this, Ayers assembled a band that he called The Whole World, including a young on bass and occasionally lead guitar, avant-garde composer on keyboards and improvising saxophonist, . Again Ayers came up with a batch of engaging songs interspersed with avant-garde instrumentals and a heavy dose of whimsy.

The Whole World was reportedly an erratic band live, and Ayers was not cut out for life on the road touring. The band broke up after a short tour, with no hard feelings, as most of the musicians guested on Ayers' next album, "", which is regarded as one of his best, [ Sounds, Jan 25, 1972 ] featuring the mellifluous eight-minute title track that would became Ayers' signature sound for the '70s.

1974 was a watershed year for Ayers. In addition to releasing his most compelling music in this year, he was helped provide other artists with access to a wider stage, most notably Lady June (June Campbell Cramer). The recording, titled "," made in a front room of Cramer's home in Vale Court, Maida Vale, [ NME Jan 18, 1975 ] brought Lady June's spoken word poetry together with the music and voice of Ayers, and also had contributions by and . It was originally released on Ayers' own Banana Productions label (via Virgin/Caroline).

"" marked Ayers' move to the more commercial Island record label and is considered by many to be the most cohesive example of Ayersian philosophy. The production was expensive, with Ayers quoting the recording costs in a 1974 NME interview as exceeding £32,000 [ NME Aug 31, 1974 ] (a vast figure at the time). On this LP returned to the fold and guitarist from progressive rock band began a twenty-year partnership with Ayers.

On the , Ayers headlined a heavily publicised concert at the Rainbow Theatre, London, accompanied by , , and . The performance was released by Island Records just 27 days later on a live LP entitled "". Tensions were somewhat fraught at the event since the night before had caught Ayers sleeping with his wife [ What's Welsh for Zen by John Cale (Bloomsbury 2003) ISBN-10: 0747546223 ] prompting him to write the bile-soaked paean 'Guts' that would appear on his 1975 album .

In 1976 Ayers returned to his original label Harvest and released "". The album was a more commercial affair and secured Ayers a new American contract with . The LP featured contributions from and . That same year Harvest released a collection entitled "Odd Ditties," that assembled a colorful group of songs that Ayers had consigned to single B-Sides or left unreleased.

The late '70's and '80's saw Ayers as a self-imposed exile in warmer climes, a fugitive from changing musical fashions, and a hostage to chemical addictions. 1983's "" was, perhaps, a low-point for Ayers. He was quoted in a 1992 BBC radio 1 interview as saying he had "virtually no recollection of making those records". The road back was marked with 1988's prophetically titled "Falling Up", that received his first unanimously positive press notices in years [ [http://www.guardian.co.uk/music/2003/jul/04/artsfeatures The Guardian-4 July 2003] ] . In 1988 he also recorded a vocal track for Mike Oldfield's single, "". The lyrics of this song contains many references to Ayers' life.

Despite the critical acclaim "Falling Up" received, Ayers by this point had almost completely withdrawn from any public stage, a state further compounded by the sudden death, by a drugs overdose, of his musical partner . An acoustic album "" recorded with surfaced in France on the FNAC label and was subsequently released throughout Europe. Some collaborations with Ayers fanatics Ultramarine and a concert tour with Liverpool's Wizards of Twiddly completed his output in the '90's. A recording of a London concert with the Wizards of Twiddly was released on the Market Square label in 2000 under the title "Turn The lights Down!".

In the late '90's, Ayers was living the life of a in the South of France. At a local art gallery he met American artist Tim Shepard who had studio space in the area, and the two became friends. Ayers started to show up at Shepard's house with a guitar, and by 2005, passed some new recordings onto Shepard, most taped on a cassette recorder at his kitchen table. The songs were by turns "poignant, insightful and honest," and Shepard, "deeply moved" by what he heard [ BBC6 Interview Sept 2006) ] , encouraged Ayers to record them properly for a possible new album.

Signing with London's , Shepard found equal enthusiasm for the demos and after making some tentative enquiries, discovered a hotbed of interest for Ayers' work amongst the current generation of musicians. [ Kevin Ayers: Mojo Working by James McNair (Mojo July 2007) ] New York's set up rehearsals for a possible recording organised by band leader Gary Olson, and Kevin flew out to New York. When the rehearsals gelled, the entourage, which had now swelled to include horn and string players, flew out to , where the first sessions were recorded in a dusty hanger known as Wavelab Studios.

With the tapes from the first sessions, Shepard set about getting Ayers to complete the album in the UK, where by now word had spread, and a host of musicians started gravitating to the studio. Shepard recounted meeting at a party and hearing their passion for Ayers' music [ BBC6 Interview Sept 2006) ] , and wrote a letter to singer, guitarist Norman Blake. Mojo magazine reported that, within a couple of weeks, Ayers was in a Glasgow studio with and a host of their like-minded colleagues, who had all assembled to work with their hero. [ Mojo Working by James McNair (Mojo July 2007) ] from the Bill Wells Trio rubbed shoulders with from and from the .

Friends and peers from the past also visited the sessions. provided his eerie Wyattron in the poignant 'Cold Shoulder', contributed to the brooding 'Brainstorm', from played bass on the title track and , a British Folk singer beloved of , duetted with Ayers on 'Baby Come Home', [ [http://www.pitchforkmedia.com/article/news/44340-kevin-ayers-returns-with-help-from-roxy-ladybug-architecture Pitchfork-31 July 2007] ] the first time they had sung together since 1970 on "Shooting at the Moon". "" was released to critical acclaim [ [http://www.metacritic.com/music/artists/ayerskevin/unfairground?q=kevin%20ayers Metacritic 2007] ] in September 2007.