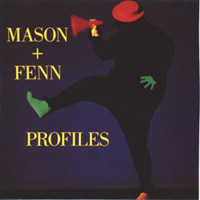 "Profiles" is an album by 's drummer and 's guitarist , released in 1985. It is almost entirely instrumental, save for two songs: "Lie for a Lie," featuring Pink Floyd singer and guitarist and 's early 80s singer ; and "Israel," sung by UFO keyboardist .