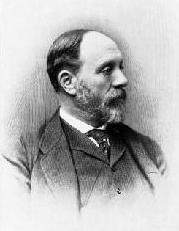 Sir John Wolfe-Barry (, – , ) was an English of the late 19th and early 20th century. His most famous project was the construction of over the River in .

Wolfe-Barry, the youngest son of Sir , added 'Wolfe' to his inherited name in 1898. He was educated at Glenalmond and , and was a pupil of civil engineer Sir , as was , son of the great . Barry and Hawkshaw worked on railway bridge crossings across the Thames, among other projects (Brunel pursued his own business from 1871, but in 1878 went into partnership with Barry). Barry began his own practice in 1867, and carried out more work for the railways.

However, it was Tower Bridge that really made Wolfe-Barry's name. In 1878, first proposed a low-level bridge. An Act of Parliament allowing the Corporation of the to build it was passed in 1885. Jones was appointed architect, and knighted, but died the same year. Wolfe-Barry, already well-established with experience of bridges across the Thames, then took control.

Two members each from the ICE, the , the Institution of Naval Architects and the Iron and Steel Institute first met on . With the who joining the following year, these bodies were the founder institutions of what is today the or BSI.

Wolfe-Barry died in January 1918 and was buried in near in .