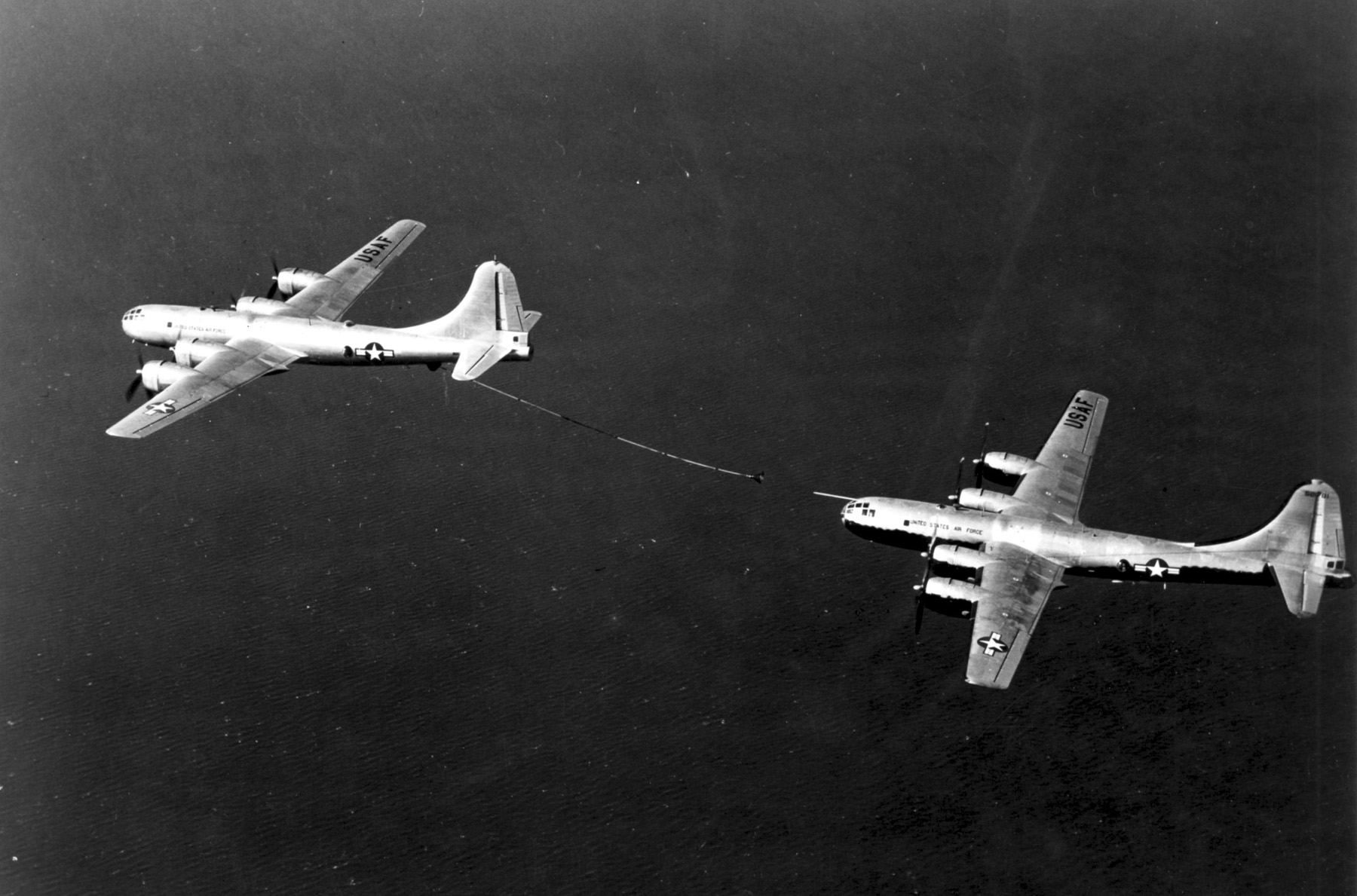 The Boeing KB-29 was a modified B-29 Superfortress for needs by the . Two primary versions were developed and produced: KB-29M and KB-29P.

The 509th and 43d Air Refueling Squadrons (, NM and , AZ respectively) were created in 1948 to operate the KB-29M tankers. The at Davis-Monthan AFB flew B-29s and KB-29s from 1951 to 1953 that provided training for and air refueling operations to meet SAC's global commitments.

: "Section source: Baugher and National [ [http://www.nationalmuseum.af.mil/factsheets/factsheet.asp?id=2554 National Museum Fact Sheet on KB-29M/MR variants] Official Site] "The B-29 played an important role in developing the effective use of during the late 1940s. The first aircraft involved in this programme were the KB-29M tanker and B-29MR receiver. At first, a grappling system was used; the tanker would unreel its hose towards the receiving aircraft, which would grab it and reel it in. After connecting with internal fuel compartments pumping would begin. While this system was clumsy, it was often used in the late 1940s before a better system was developed. It was most notably used to refuel the "" during her famous of the globe in 1949.

As better techniques developed for refueling, some KB-29Ms were modified to use 'probe-and-drogue' systems, in which the refueling hose has a torus-shaped "para-drogue" attached to the end, and the receiving aircraft has a probe on its nose or wing, which the pilot manoeuvers into the drogue to link the hose.

One KB-29M, redesignated YKB-29T, was modified to have another two refueling hoses on its wingtip. It served as the prototype for the KB-50D.

: "Section source: Baugher and National [ [http://www.nationalmuseum.af.mil/factsheets/factsheet.asp?id=2555 National Museum Fact Sheet on KB-29P variant] Official Site] "In an effort to improve on the probe-and-drogue system, Boeing developed a rigid flying boom system, which was first used on the KB-29P. The boom was mounted on the aftmost end of the KB-29P, and had two small wings. With these wings, the boom could be manoeuvered by the operator. The flying boom system became the most common method for In-Flight Refueling and was used on KB-50s and KC-97s and also on modern tankers such as the and .