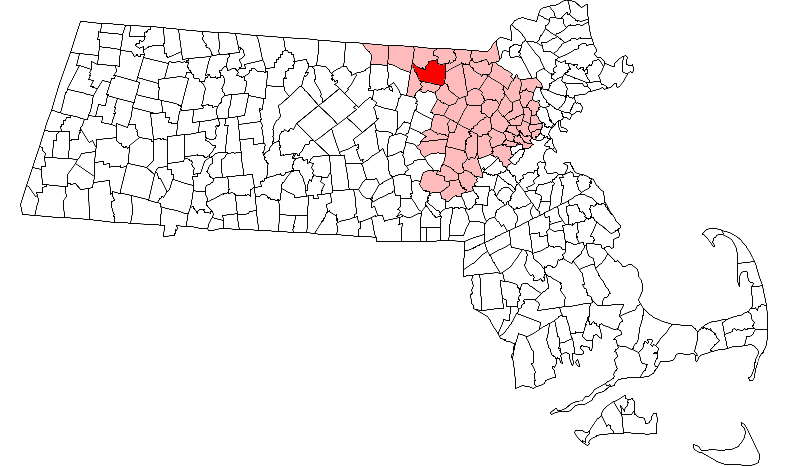 Groton is a town located in northwestern Middlesex County, . The population of Groton was 9,547 at the 2000 census. It is home to two prep schools: , founded in 1884, and , founded in 1793. The town hosts the "National Shepley Hill Horse Trials".

Groton began with the of John Tinker, who conducted business there with the Nipmuc Indians at the confluence of Nod Brook and the . Indians called the area "Petapawag," meaning "swampy land." Pioneers would follow Indian trails from , as Tinker had, and found the region productive for and .

The town was officially settled and incorporated in 1655, named for Groton in Suffolk County, , the hometown of an early selectman, Dean Winthrop. Called "The Plantation of Groton," it included all of present-day Groton and Ayer, almost all of Pepperell and Shirley, large parts of Dunstable and Littleton, plus smaller parts of Harvard, Westford, , and .

During , in 1676 Indians burned all but four Groton . Survivors fled to Concord and other safe havens, but returned two years later to rebuild the town. Groton would again be beset by Indians during , when several citizens of the town were abducted to . In 1775, the common in front of the First Parish Church was an assembly area for Groton Minutemen, who fought in the .

"This article describes the town of Groton as a whole. Additional demographic details are available which describe only the central settlement within the town, although those details are included in the aggregate values reported here. See: Groton (CDP), ".

There were 3,268 households out of which 46.8% had children under the age of 18 living with them, 70.0% were married couples living together, 6.3% had a female householder with no husband present, and 21.4% were non-families. 17.1% of all households were made up of individuals and 5.4% had someone living alone who was 65 years of age or older. The average household size was 2.90 and the average family size was 3.31.