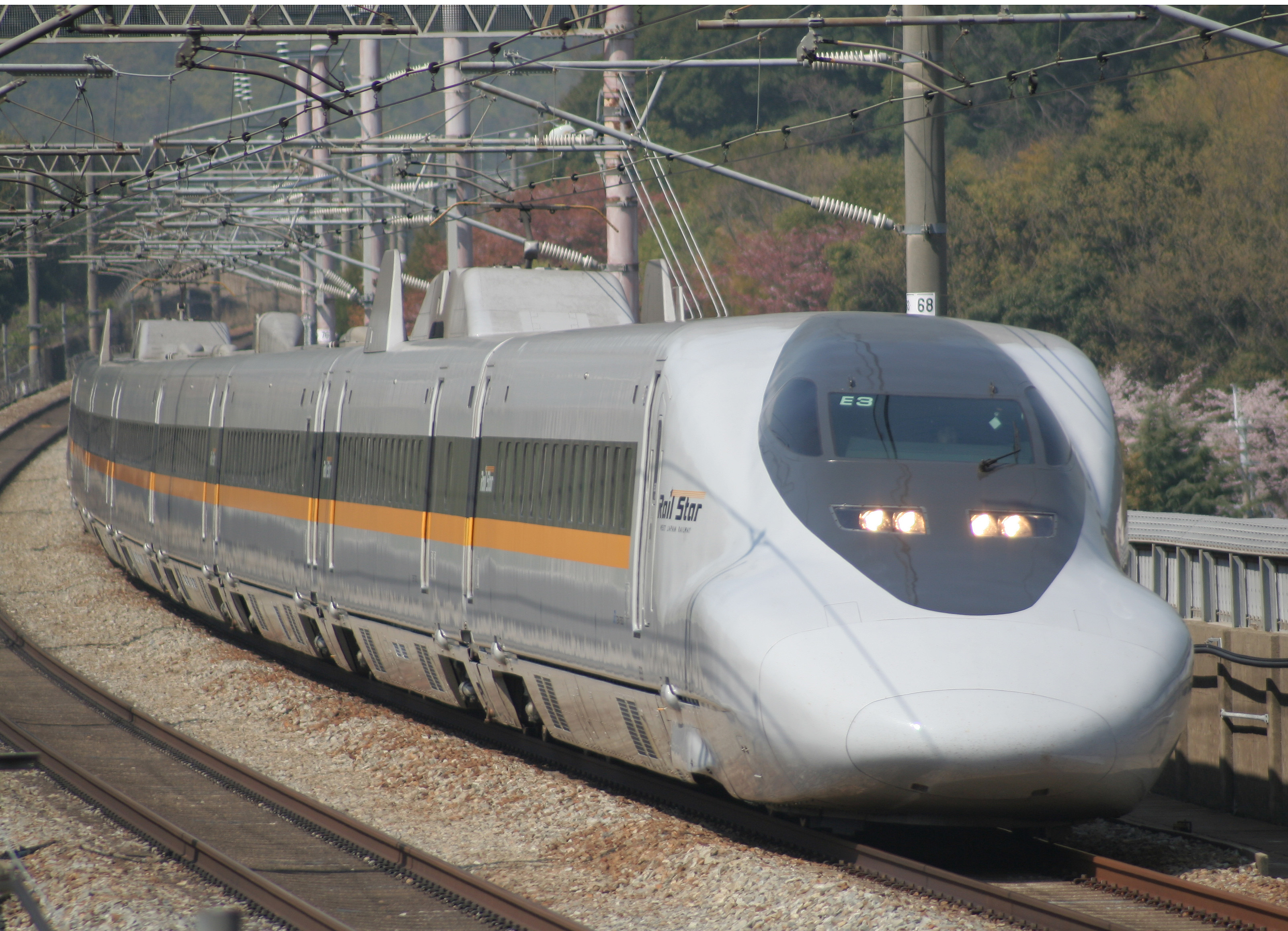 nihongo|"Hikari"|ひかり is one of the train services running on the Japanese Tōkaidō/ "bullet train" lines. Slower than the "Nozomi" but faster than the "Kodama", the "Hikari" is the fastest train service on the Tōkaidō and Sanyō Shinkansen that is covered in the . The word "hikari" means "" in Japanese.

Before and during World War II, "Hikari" was the name of the express train from , to , . In the 1950s, the name was used for express trains from Fukuoka to and .

When the Shinkansen opened in 1964, "Hikari" was the fastest train on the line, travelling from to with only two stops (Nagoya and Kyōto). "Hikari" service was extended to the Sanyō Shinkansen later, although the "Hikari" trains were only slightly faster than the "Kodama" trains, earning them the derisive nickname "Hidama."

As of 2008, JR Central "Hikari" services, which operate throughout the Tōkaidō/Sanyō corridor, use 16-car 700 Series and 300 Series trains. Most "Hikari" trains pull over at intermediate stations such as Shizuoka, Maibara or Himeji to allow faster services, mainly "Nozomi" trains, to pass through at top speed.

JR West began operating the "Hikari Rail Star" service in 2000. This service is limited to the Sanyō Shinkansen, and uses special 8-car 700 Series trains with a distinctive livery and a maximum speed of 285 km/h. JR West introduced the service to provide better competition against airlines on the Osaka-Fukuoka route. The reserved seat cars on "Hikari Rail Star" trains feature a 2-2 seating arrangement instead of the 3-2 arrangement found on other "Hikari". The front row of seats in these cars feature power points for laptop users.

Hikari Stopping Patterns (as of March 2008)