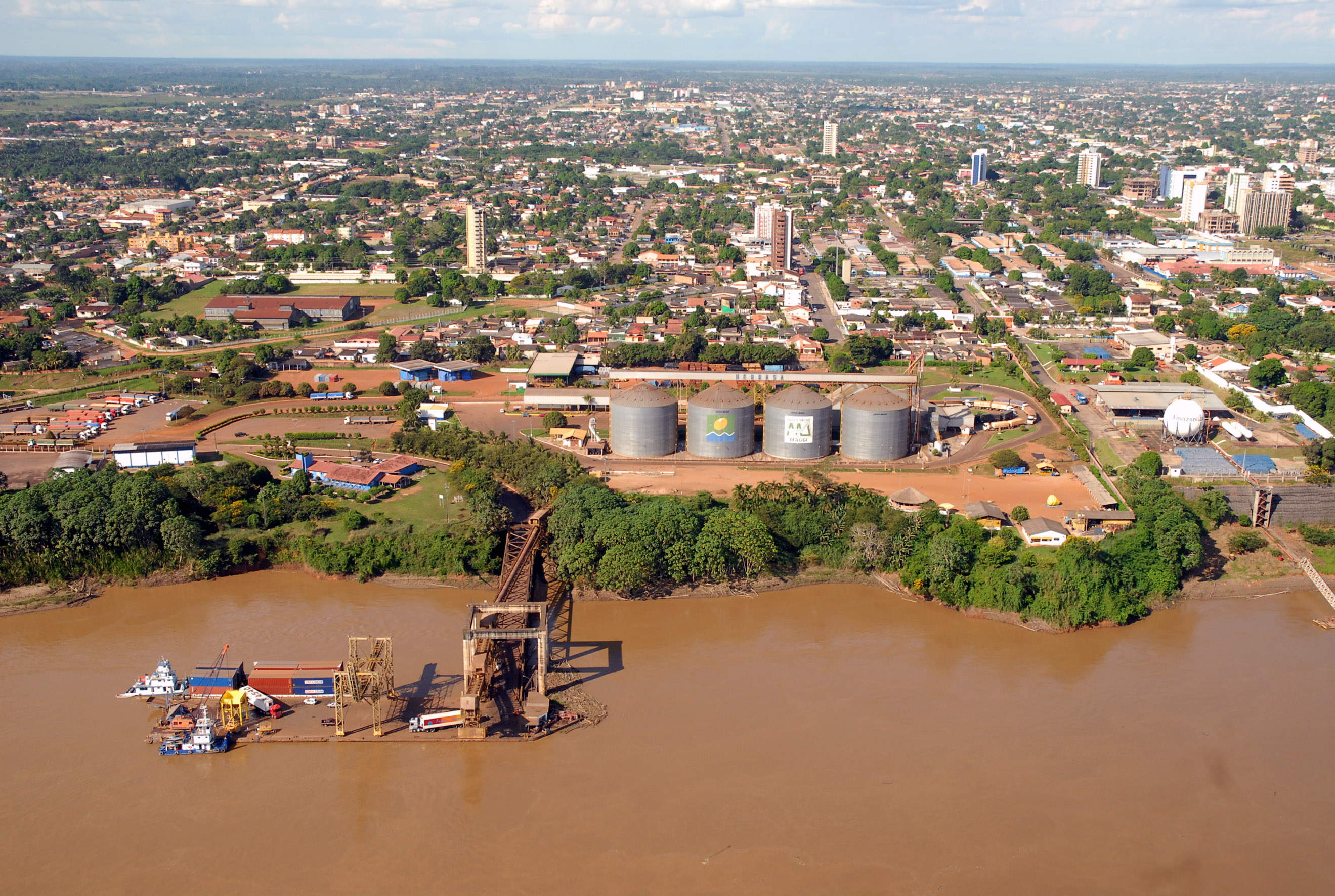 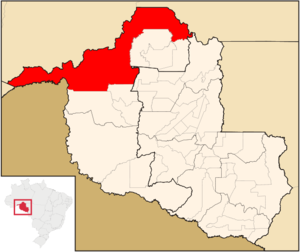 mapsize = 250px
map_caption = Location of Porto Velho in the 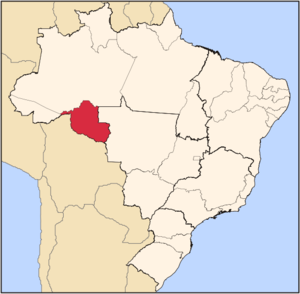 Pôrto Velho is the of the ian of , in the upper basin. The population is about 334,661 people. Located at the of Rondônia and the state of Amazonas, the town is an important trade center of , the mining of which represents the most important economic activity in the , and a transportation and communication center. It is located on the eastern shore of the , one of the main tributaries of the . Officially founded on , Porto Velho was started by pioneers around 1907, during the construction of the Madeira-Mamoré Railroad. After the was completed, the local population was about one thousand inhabitants; its buildings were chiefly the railway's installations and the wooden houses of the workers - hence the name of the town's largest district by then, "Barbadoes Town", nowadays called the "Alto do Bode". During the first sixty years, the city's development was directly connected to the railway's activities. The town prospered during the boom, but then when low-cost n rubber made rubber from the Amazon uncompetitive, the region's economy ground to a halt. Cities like Santo Antônio do Madeira, which had a line and a weekly by the time of Porto Velho's foundation, are nothing but ruins nowadays. Porto Velho's survival is associated with the better conditions of the area where it was built, its easy access by the river, its harbor: these were all considerations in the choice of Porto Velho as the capital of the newly-formed Federal Territory of , in 1943. Only with the beginning of there was another cycle of progress in the region. When the forces lost control over the Malaysian rubber, Amazon's was needed due to the . This produced what is know in Brazil as the "second ". But when the war ended, the region's economy once again came to a halt. Porto Velho's modern begins with the discovery of cassiterite around the city, and of on the Madeira River, by the end of the fifties. Also, the government's decision to allow large cattle farms in the territory began a trend of migration into the city. Almost one million people moved to Rondônia, and Porto Velho's population increased to three hundred thousand. This intense migration caused much trouble for the city. For example, the suburban boroughs are nothing but s, among many other problems.

More than 1/3 of all species in the world live in the Amazon Rainforest. [ [http://www.worldwildlife.org/wildplaces/amazon/index.cfm Amazon Rainforest, Amazon Plants, Amazon River Animals] ]

Porto Velho International Airport, located seven kilometers from the city, has as its main access Av. Governador Jorge Teixeira de Oliveira, with two lanes. The average commute is ten minutes. Buses from downtown run to the airport every hour, and there is a fleet of taxis serving only the airport. The airport is served by 98 scheduled flights weekly, most going to other large Brazilian cities. Scheduled regional routes go to the municipalities of Costa Marques (RO), Lábrea (AM), Manicoré (AM), Cacoal (RO), Jí-Paraná (RO), Vilhena (RO) and Novo Aripuanã (RO). The scheduled airlines flying out of Porto Velho Airport are Vasp, Varig, TAM, Tavaj Rico and Cruiser, besides air taxi firms – Especial, Eucatur, Assis Aéreo Táxi, Tropical Táxi Aéreo, Rima Táxi and Aeronorte. There are also small aircraft owned by private individuals and public institutions (Rondônia state government). The presence of Porto Velho Air Base ensures considerable movement of military aircraft. The local people refer to Porto Velho International as Belmont Airport because it is located in this district. It became an international airport in 2002. It is located 88 meters (2.90 feet), at 084249 South latitude and 0635410 West longitude.