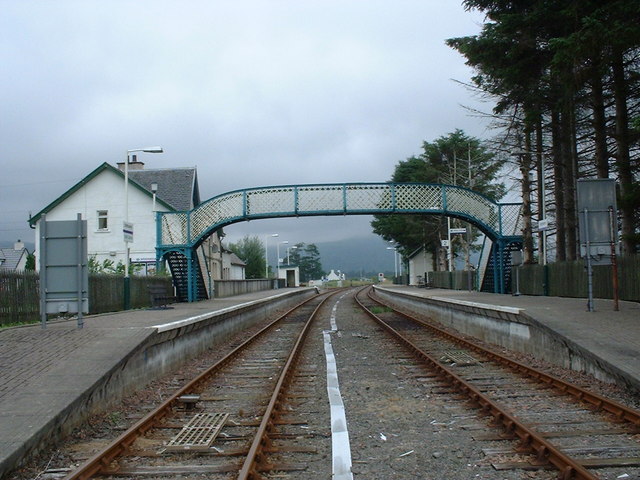 Strathcarron railway station is a remote station on the , serving the village of in the Highlands, northern .