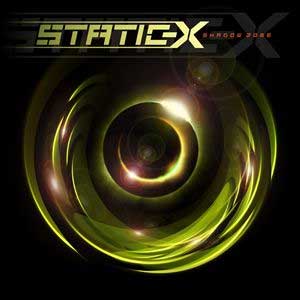 "Shadow Zone" is the third by the band , released on October 7, 2003. It is the first album that guitarist helped write and record. It is also Static-X's only album without any language and to have outside help to record the Album (notably: Perfect Circle drummer Josh Freese). Nick Oshiro joined after the recording process.

Shadow Zone was also available with a DVD called X-Posed. It was produced by Troy Wallace and Speedway Films & directed by Atom Rothlein.