Back to My Roots

Back to My Roots

Single infobox
Name = Back to My Roots 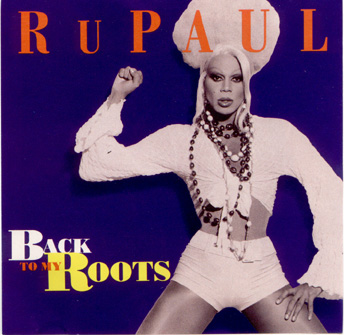 "Back to My Roots" is a song by , released as the fourth single from his album "", released in 1993. Although the single failed to chart on the "Billboard" Hot 100, it reached #1 on the chart in July of and helped to further establish RuPaul's popularity, particularly with both the and audiences in the United States.

The house/dance track is a tribute to black women's hairstyles as well as to the tradition of community often found in urban hair salons. Within the song RuPaul name-checks a variety of hairstyle such as braids, , afro-puffs and s. She also names several of her relatives including her mother Ernestine Charles, who at the time owned a hair salon in Atlanta, Georgia.

The single was released primarily as a CD but with various 12" versions. It also featured a new remix of the hit single "", as well as a of the track called "Strudelmodel" which changed the theme of the original to a "model for der veinerschnitzel corporation".

An accompanying video showcased extreme drag-versions of all of these hairstyles. Though it was played occasionally on it received far more play in dance clubs.

(Tracks vary according to release; this listing reflects the tracks on the American CD version, which sold the most copies.)