Heanor is a town in the Amber Valley district of Derbyshire in the East Midlands of England. It is 8 miles (13 km) northeast of Derby. According to the census of 2001 the town's population was 22,620.[1]

Heanor was mentioned in the Domesday Book with the following entry:

Since 1984 Heanor has had three tiers of local government: parish, district and county.

The parish of Heanor formed a local board in about 1850 to govern the town. In 1895, under the Local Government Act 1894 the board's area became an urban district. In 1899 Heanor Urban District was enlarged with the addition of the neighbouring parish of Codnor and Loscoe.[3][4] The urban district continued in existence until 1974, when it was merged into the new non-metropolitan district of Amber Valley under the Local Government Act 1972.[5]

The area of the former urban district initially formed an unparished area.[5] In 1984 it was divided between three new civil parishes:[6]

Derbyshire County Council consists of 63 county councillors each elected for a single-member electoral district. Heanor falls into two electoral districts, Greater Heanor and Heanor Central. Following the elections of 2009, the two districts are represented by members of the Conservative and Labour parties respectively.[11]

Coal mining and textiles used to be the major industries of the town, but both of these declined as a major force in the second half of the 20th century.

The Matthew Walker factory, famous for the production of Christmas puddings and situate in Heanor Gate, was sold in 1992 to become part of the Northern Foods Group.

Heanor merges into Langley Mill and is served by Langley Mill railway station. Formerly the Midland Railway had a line between Shipley Gate and Butterley that passed through Heanor (closed to passengers in 1926), and the Great Northern Railway had a branch line which terminated in a goods yard and small station in Heanor (closed in 1928, though temporarily revived in 1939).

Heanor hosts a community festival called Heanor Festival Week[12] the week of the May Day holiday every year.

Heanor Grammar School, which was just to the east of the market place, is now part of the South East Derbyshire College. A book on the history of the school was published in 2008.[13] The largest school presently in the area is the Heanor Gate Science College, in the neighbouring parish of Smalley, opened in 1964.[citation needed]

Shipley Country Park borders the south and west of the town. This valuable green space consists of most of the former estate of the Miller-Mundy family who lived at Shipley Hall (demolished in the 1940s) until the 1920s. It was sold for coal mining purposes and was intensively opencast and deep seam mined by what became the National Coal Board before being restored and handed over to the county council in the 1970s.

Heanor Clarion Cycling Club was founded in 1934.[14] The local football team is known as 'The Lions' - Heanor Town Football Club. Established in 1883, the club is a member of the East Midlands Counties Football League. It also has a youth team called Heanor Juniors. Famous ex-players include Nigel Clough, who went on to play for Nottingham Forest, Liverpool and Manchester City. He is now the manager of Derby County.[15] Nigel Pearson, who after leaving Heanor captained Sheffield Wednesday to a League Cup win over Manchester United at Wembley, is now the manager at Hull City.[16] The Lions share their playing area with Heanor Town Cricket Club.

The local newspaper which serves, amongst others, the communities of Ripley, Heanor, Marlpool, Loscoe, Waingroves, Aldercar, Crosshill and Codnor is the 'Ripley and Heanor News'. However, its circulation area is not limited to these towns and villages and could be considered to extend from Whatstandwell in the west, to Brinsley in the east; from South Normanton in the north, to Coxbench in the south. It is published each Thursday.[citation needed] 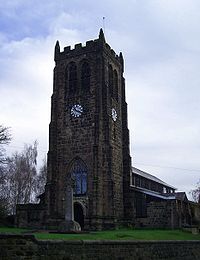