The Canadian Military Engineers (CME) is the military engineer branch of the Canadian Forces.

The mission of the Canadian Military Engineers is to contribute to the survival, mobility, and combat effectiveness of the Canadian Forces. Their roles are to conduct combat operations, support the Canadian Forces in war and peace, support national development, provide assistance to civil authorities, and support international aid programs. Military engineers’ responsibilities encompass the use of demolitions and land mines, the design, construction and maintenance of defensive works and fortifications, urban operations (hostile room entry), breaching obstacles, establishing/maintaining lines of communication, and bridging. They also provide water, power and other utilities, provide fire, aircraft crash and rescue services, hazardous material operations, and develop maps and other engineering intelligence. In addition, military engineers are experts in deception and concealment, as well as in the design and development of equipment necessary to carry out these operations. The official role of the Combat Engineer is to allow friendly troops to live, move and fight on the battlefield and deny that to the enemy.

Following the Boer War the Canadian Government realized that the defence of Canada required more than just a single infantry battalion and a few artillery batteries as part of the permanent defence force. In 1903 The Royal Canadian Engineers were founded as the basis of the permanent military engineers, while the militia had the Canadian Engineers created under the leadership of a former Royal Military College of Canada officer cadet, Lieutenant-Colonel Paul Weatherbe. [1] 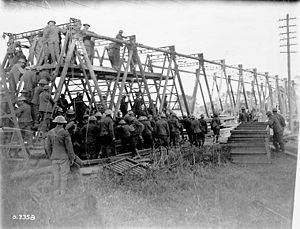 One of the first tasks completed by the engineers after the declaration of war upon Germany in 1914 was for the rapid development of the Valcartier training site in Quebec. At its peak size 30,000 men where stationed here before the 1st Canadian Division was deployed to England.

When the 1st Division arrived on the front in Belgium they were accompanied by field companies of the Canadian Engineers (men recruited into the service after the start of the war were part of the Militia branch and not the regulars). These troops were responsible for construction of defences, sanitation systems, water supplies, bridging, and assisting with trench raids.

One of the most important functions of the Sappers during the war was to dig tunnels underneath enemy trenches, with which to plant explosives to destroy them. At the Battle of Vimy Ridge, several such mines were used to win the battle.

During the war the only Victoria Cross the Canadian Engineers ever received was earned by Captain C. N. Mitchell for actions on 8 October 1918 at Canal du Nord.

Upon demobilization, the permanent force of Engineers was changed to 38 officers and 249 other ranks. As a matter of honour, King George V, the Canadian monarch bestowed on the organization the right to use the prefix royal before its name in 1932. On 29 April 1936, the Militia and Permanent components were joined to form the Corps of Royal Canadian Engineers. On this date the Militia adopted the cap badge used by the regulars. 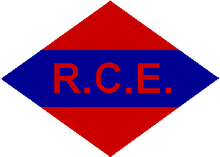 The Corps of Royal Canadian Engineers expanded dramatically in size to support Canada's war effort. On August 31, 1939, the Permanent Force engineers included 50 officers (with 14 seconded to other branches of the Canadian Army) and 323 other ranks; the maximum size of the Corps was reached in 1944, when it included 210 officers and 6283 other ranks[2].

In keeping with British Army practice, company-sized units in the two armoured divisions were called "squadrons" following cavalry terminology. The following units were deployed in Canada and in Europe:

The senior officers of the Corps during World War II were as follows[4]:

Unification and the Cold War

21st century and beyond 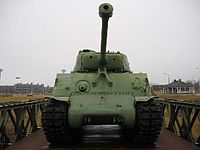 The current deployment in Afghanistan requires considerable use of Engineers for road clearance, Explosive Ordinance Disposal, Heavy Equipment, and Combat Support. To date 16 members of the CME have been killed in Afghanistan.

King George V granted the RCE the same mottoes as the Royal Engineers.

Ubique (Latin, "Everywhere") serves as a substitution for the battle honours the Corps would have obtained if they were a line regiment.

The cap badge came to its current form after unification. Since the Royal Canadian Engineer cap badge was representative only of the army, a new one was developed. In bilingual format, the words Engineers and Genie appear on the current cap badge indicating the bilingual nature of the CME. The word Ubique also appears, confirming that the Engineers are present everywhere the Canadian Forces goes.

The CME greeting or toast is “Chimo” - pronounced Chee-mo (with emphasis on the first syllable). This expression is also often used as a closing on correspondence between Engineers. The word Chimo is derived from the Inuktitut greeting: “saimo” (saimu) that means “hello,” “goodbye,” “peace be with you,” and similar sentiments. This salutation was used in the Ungava region of Northern Quebec and shares the same derivation as Fort Chimo (today Kuujjuaq) on Ungava Bay in northern Quebec. The current spelling and pronunciation is based on a Caucasian adaptation of the native language.[5]

The Engineer Prayer was created for 2 Field Engineer Regiment by Major Hugh Macdonald, the unit's padre. It goes as follows:

Almighty God, we pray thee to bless the Canadian Military Engineers. May our bridges always stand, and our charges never fail, our members be ever loyal, and our officers worthy of their loyalty. May we work diligently in all our purposes and be skilled in our trades; steadfast for Queen and Country everywhere. Amen. [5]

The CMEA (http://www.cmea-agmc.ca/) is the non-profit group of serving and retired military and civilian members of the Engineer Branch. Membership is $2 per month payable, by pay allotment Y012 for military members or by cheque, to the Branch CWO. The address is shown on the membership application (http://www.cmea-agmc.ca/documents/Mbr_Application_ef.pdf). Branches are distributed across Canada, or wherever like-minded members gather to promote military engineers and engineering.

The Canadian Forces School of Military Engineering (CFSME), located at CFB Gagetown in Oromocto, New Brunswick is responsible for the conduct of 85 different courses that span all ranks and occupations within the Field, Construction and Airfield Engineer organizations. CFSME is the Canadian Forces Centre of Excellence in Engineer Training and home of the Engineers. [6]