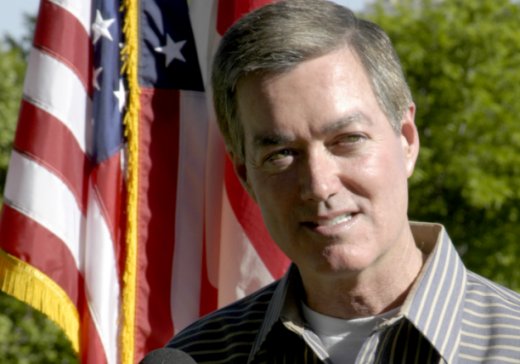 Bill Owens is an American politician and a member of the Republican Party. He served as the 40th from to , being restricted by term limits. Owens was reelected in by the largest majority in Colorado history

Bill Owens was born in Fort Worth, on October 22, 1950. He attended in Fort Worth, and graduated with a B.S. degree from , where he was student body president. He earned a in public affairs from the at the . He was awarded a full fellowship while at the LBJ School.

Following his graduate work, Owens was hired by Touche Ross & Co. (now ) in . In , Owens moved to Colorado to accept a position with the as an internal consultant. In 1981, he joined the staff of the Colorado Petroleum Association, later serving as its Executive Director.

Bill Owens served as a member of the Colorado state House of Representatives from until , and as a State Senator from 1988 to , representing Aurora and Arapahoe County.

While in the Legislature, Owens was active in tax reform, privatization and school choice initiatives, sponsoring the nation's third charter school law.

Owens was elected State Treasurer in 1994, where he was responsible for managing the state's $5 billion in investment funds. Owens also served during this time on the board of Colorado's $25 billion pension fund, the Colorado Public Employees Retirement Association (PERA).

Treasurer Owens was elected as the 40th Governor of Colorado in the 1998 governor's race, when he defeated Democratic opponent by only 8,300 votes (less than one percent of ballots cast). When he was inaugurated in January of , Owens became Colorado’s first Republican governor in 24 years. His platform was three pronged: cut taxes, repair Colorado’s aging infrastructure, and continue school accountability reforms.

Upon entering office, Owens worked with a legislature controlled by his own Republican party to push through the largest tax relief package in state history, amounting to $1 billion in rate cuts to the sales, personal-income, and capital-gains taxes. Owens also championed, and eventually won, the elimination of the state’s . By 2006, the Owens administration estimated the cuts had saved Coloradans $3.6 billion.

T-REX combined road funding from TRANS with $460 million-worth of new lines to greatly expand a 19-mile stretch of through the south Metro Area. Through an innovative concept that greatly reduced construction times, T-REX was finished in less than five years, and came in under budget.

Bill Owens based his education reforms on expanding and empowering the already-established Colorado Student Assessment Program (CSAP), which had been created during the administration of Democratic predecessor . Owens added “accountability reports” to the tests, which provided parents with a 'school report card' to allow them to better assess the performance of Colorado's public schools.

Owens won reelection in the governor's race by defeating the Democratic candidate, Boulder businessman , 64%-32%ndash the greatest majority in Colorado history. Shortly before the election, Owens was proclaimed by "" as "America's Best Governor".

In the summer of 2002, when the and ravaged much of Western Colorado, Owens made perhaps the first major press faux-pas of his tenure. Responding to a reporter’s question following an aerial tour of the fires (“What does it look like up there?”), Owens said “It looks as if all of Colorado is burning today”.

In November 2002, Colorado voters soundly rejected Owens’ water storage initiative, Referendum A. The referendum failed to win a single county in the state, as opponents successfully savaged the measure as a “blank check”. Owens would later joke, “it takes a particularly adept Governor to lose a water referendum in the face of a 300-year drought.”

Leading up to the 2004 primary, Owens caused some controversy in the Republican Party by announcing support for 's run to replace retiring U.s. Senator Ben Campbell, but then endorsing when Coors later announced his entry into the race.

In 2004, the Colorado Republican party lost its majority in the state legislature. Governor [Bill Ritter] (D) was elected to replace the term-limited Owens in November 2006.

Thus, in the past nine Colorado gubernatorial races, Republicans won only two: in 1998 and 2002 with Governor Owens.

In , Owens faced what former Colorado Governor termed “the test of his time.” Conflicting budget measures in Colorado’s Taxpayer Bill of Rights (TABOR, which caps government spending) and the voter endorsed Amendment 23 (which mandates increases in education funding) combined with a nationwide recession to leave Colorado’s budget 17 percent below 2001 levels. A “glitch” – as Owens termed it – in TABOR prevented the budget from rebounding once the recession reversed.

Owens angered some conservatives by working with moderate Republican and Democratic legislators to craft and endorse what became known as Referendum C – essentially a 5-year timeout from TABOR’s spending restrictions. National conservative thinkers such as and publicly criticized the measure and Owens’ support thereof. Referendum C passed with 52% of the vote in November 2005. While it was endorsed by every major newspaper in the state as well as the state Chamber of Commerce, it was nevertheless controversial.

Owens currently works in the private sector as a principal with land development firm JF Companies. Owens also works for the as vice chairman of , and is a member of the board directors of a number of public companies.

Owens joined the 's Institute for Public Policy Studies in January as a senior fellow.

Owens and his wife Frances married in January of . In January 2008, Bill and Frances announced they would divorce.