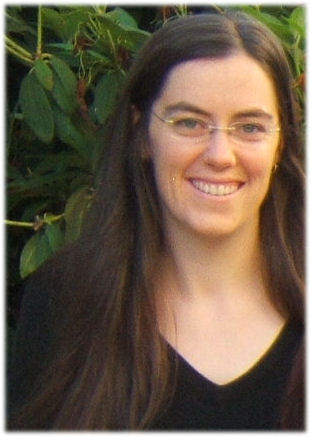 Kerry Michelle Nettle (born ) is a former n and member of the in . Elected in 2001, despite an increase in votes but a decrease in preferences [ [http://www.aec.gov.au/Elections/federal_elections/2001/results/SEN_NSW.htm AEC: When: Past Electoral Events ] ] [ [http://results.aec.gov.au/13745/website/SenateStateFirstPrefsByGroup-13745-NSW.htm Senate State First Preferences By Group ] ] she was not re-elected at the 2007 federal election, and her single term expired in June 2008.

Kerry Nettle was born , , in Sydney, , to Edward and Beverley Nettle.

Nettle is a social liberal and an . She believes in Government ownership of essential services, which include , , , and , [http://www.kerrynettle.org.au/500_parliament_sub.php?deptItemID=11] and other areas privatised in the last two decades in Australia. She argues that private ownership of these assets is "social theft." [http://www.kerrynettle.org.au/500_parliament_sub.php?deptItemID=11]

Nettle strongly supports the right of political and s to have a fair process and hearing in Australia. She visited in January 2006 in opposition to the Australian Government's detention of 43 West Papuans that landed on in January 2006. [http://www.kerrynettle.org.au/300_campaigns_sub.php?deptItemID=46] She has expressed similar concern for the 83 Sri Lankan refugees that are being held in Nauru. [http://www.amnesty.org.au/Act_now/campaigns/refugees/features/sri_lankan_asylum_seekers_to_be_sent_to_nauru]

When President visited on , Nettle and Brown took their opposition to the war in Iraq to the point of interjecting during his address to a joint sitting of the two Houses of Parliament. They wore signs referring to David Hicks and , two Australian citizens who were then being held at Guantanamo Bay, , following their apprehension by United States forces in either (this is disputed) or . Both Habib and Hicks have since been released.

Bush accepted the interjections with good humour, but the Speaker of the House, , formally "named" Nettle and Brown and they were suspended from the Parliament for 24 hours. Nettle tried to hand Bush a letter from Habib's wife but was stopped by Liberal MPs and Senators who jostled her and prevented her from approaching Bush. Liberal Senator allegedly told Nettle to "Fuck off and die." [http://www.abc.net.au/pm/content/2003/s973858.htm]

Nettle visited and in January 2007, where she examined "what impact the construction of the separation wall and the ongoing Israeli-Palestinian conflict has on communities in Palestine and Israel". [http://www.kerrynettle.org.au/] Nettle spoke with both Israelis and Palestinians in an effort to understand and ameliorate conflicts between both groups.

Nettle remains an ardent advocate of increased public education and higher education funding. Specifically, she has also "identified the need for $7 billion in public education spending across the lifelong spectrum of education, from preschool through to university and TAFE tertiary education." [http://www.kerrynettle.org.au/300_campaigns_sub.php?&deptItemID=31]

Nettle supports gender equality, as well as a women's reproductive rights. [http://www.kerrynettle.org.au/100_home.php] During a debate on the abortion drug in February 2006, she wore a t-shirt into parliament bearing the slogan "Mr Abbott get your off my ovaries", in reference to the Catholic faith of Health Minister .