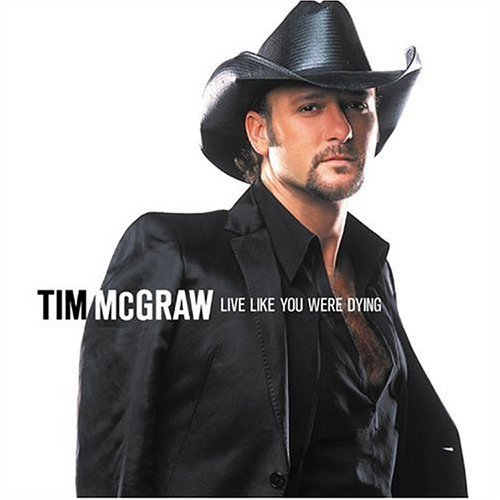 "Live Like You Were Dying" is the 9th studio album by country music superstar . McGraw's 9th CD, "Live Like You Were Dying" debuted at number 1 on the with sales of 766,000 copies in its first week. The album has gone on to sell 3,751,602 copies and has been certified 4X by the . The album was nominated for 2 Grammys in 2005 for Best Country Vocal Performance - Male and Best Country Album.

The first track on the album, "How Bad Do You Want It", was featured as the theme song to CMT's .

The album's title track first single from the album. The song peaked at number 1 on the Billboard Hot Country chart (a position that it held for seven weeks) and number 29 on the . The song won a for best Best Country Vocal Performance - Male. Following this were "Back When" (also a #1 on Hot Country Songs), "Drugs or Jesus" (which, at a #14 peak, became McGraw's first single since 1993 not to reach the country Top 10), "Do You Want Fries with That" (#5), and finally "My Old Friend" (#6).